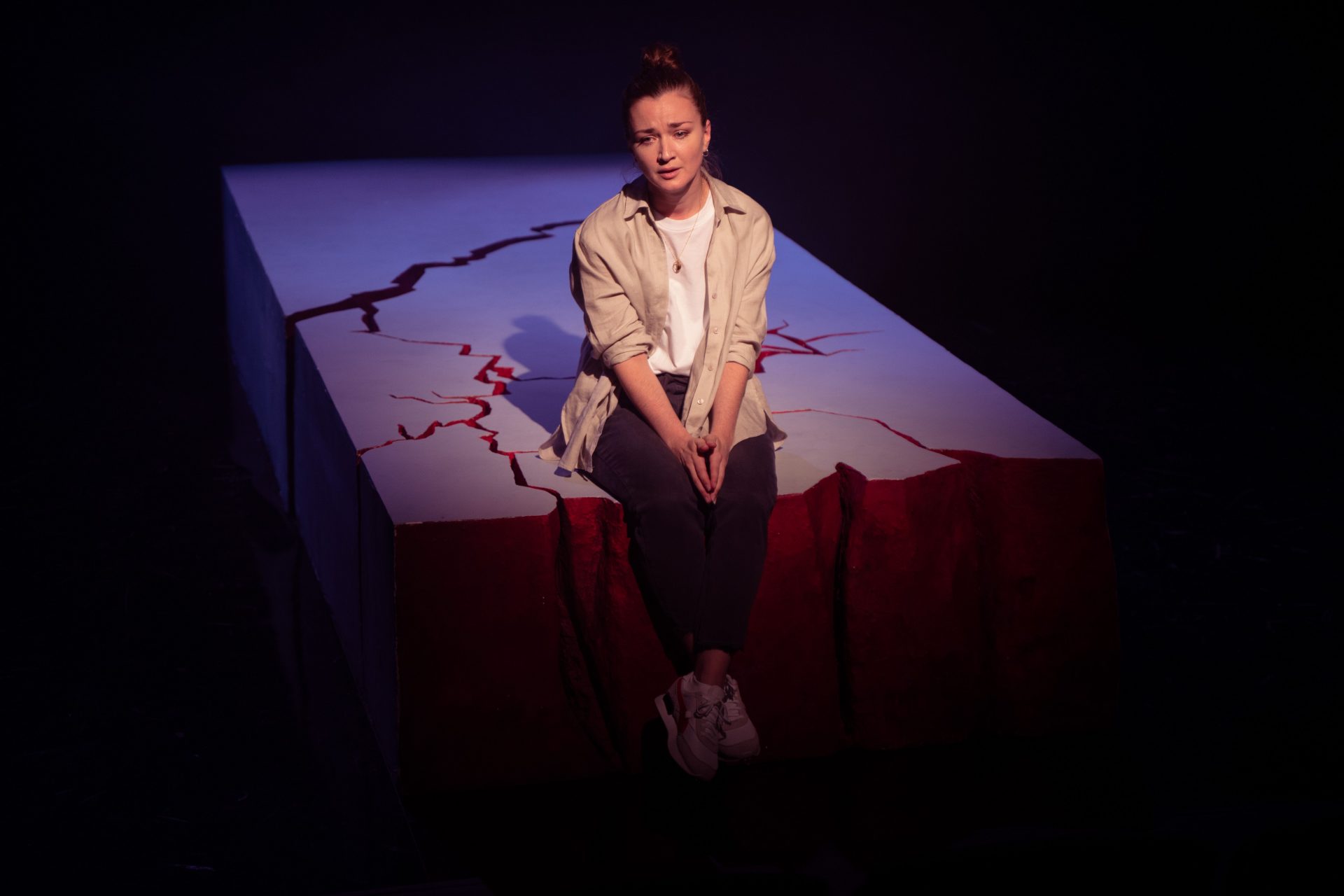 Gripping theatre about a woman - and a country - seeking peace

Kate Regan is possibly a women who loves too much. From the dad she disappointed, to the ill-fated relationship with her childhood sweetheart, to losing herself in the undesirable, at least twenty years her senior, Diver, she has become accustomed to being not quite good enough and unable able to save those she loves. So while she finds peace with her husband Brendy, and while there’s no doubt that he loves her, is this the paradise that eludes her?

This is Paradise is a fascinating monologue by Michael John O’Neil. The tale begins on the day that the Good Friday Agreement is announced. Kate is waiting in hospital to be poked and prodded through the 12 week scan to check the health of her forthcoming baby, and as she waits the story unfurls.

She may have greeted news of the baby with ambivalence, yet the recent pains have left her heart and her head cleaved with fear that all is not well. In the midst of her anxiety, she receives a call from Diver’s latest “child bride” saying he’s gone astray. Worried, she decides to hop on a train to Coleraine, the closest station to the one the train no longer runs to, that happens contain the other pub in the tiny town that she’s sure to find Diver in. She does, and many rum and cokes later she is confronting all the untied ends, all her unfulfilled dreams, and the nagging clutching hand of hope that somehow, things could have been different.

The simmering undercurrent of violence or, at the very least, lurking menace in her relationships is echoed in Northern Ireland’s turbulent history and O’Neil does an artful job of suggesting parallels without spoon feeding. Actor Amy Molloy serves up a masterful performance, for the most part, dismissing her misfortunes with a stoical Northern Irish swagger but amidst everything – the abuse, the disapproval, the disappointed dreams – her yearning that her murky slate can be wiped clean bubbles to the top, leaving you willing her baby to be well.

Katherine Nesbitt’s simple direction and the uncluttered set (Lulu Tam), distinguished only by the blood red fissures carving up the stage puts the words – and Molloy’s performance – centre stage. This is a gripping piece of theatre that questions what history – and what love – makes us tolerate in a quest for peace and peace of mind.