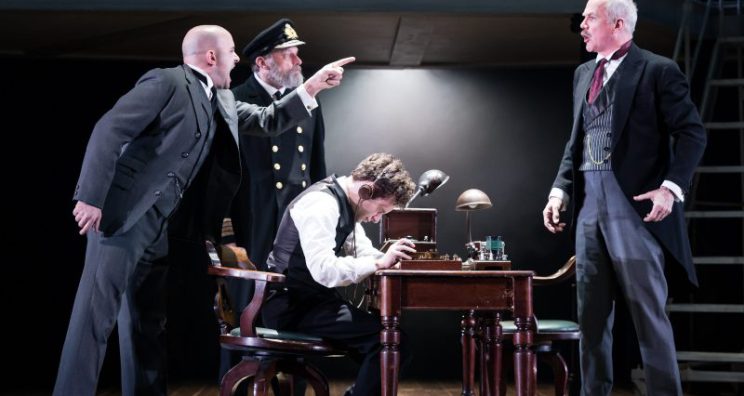 Currently docked at the Kings Theatre in Glasgow, this is the adaptation of the Titanic story that people ought to see.

Captained by a stunning cast

How often do you go to the theatre and realise that every single person in the room knows exactly what happens at the end? The story of the Titanic is undoubtedly one of the most recognisable stories in history; one hundred and six years ago, the liner famously sank on its maiden voyage from Southampton to New York. For most people their knowledge of the story probably comes from the 1997 film, which only boosted the over-romanticised notion of this tragic event. However, six months prior to the release of the Oscar-winning film came Titanic the Musical. With five Tony Awards to its name, it has now docked in Glasgow as part of a UK tour this summer.

Audiences may wonder how such a tragedy can be put to music. Looking at the list of musical numbers in the programme and seeing To the Lifeboats and Wake Up, Wake Up! as two of the titles, it’s equally unsurprising and historically accurate. Maury Yeston’s music and lyrics are rather beautiful. They capture the hope, dreams and excitement of those who were a part of this huge feat of engineering, but also those who were escaping to America for a new life. The show is almost operatic – it uses music’s brilliant ability to convey emotions that we can’t quite say with words.

Unlike the film, the musical focuses on a number of individual stories ranging from the radio communications boy, to the ship’s designer, through to the passengers themselves. It’s a piece that never forgets that this is a story about real lives and real events.

David Woodhead’s set design is understated; it conveys the magnitude of the ship without feeling overbearing. The design is a brilliant fit for a large theatre like the King’s Theatre.

It’s a large cast but a mighty one at that. The terrific ensemble carries Peter Stone’s book and Yeston’s lyrics with confidence. It is hard to pick out specific performances in such a strong team but Claire Machin as Alice Beane was a real star-turn; seeing Machin perform is worth a visit in itself.

Titanic the Musical is undoubtedly strengthened by the fact it loses no sight of the ship’s history. It loses the Hollywood glow of the film but keeps all the emotion and heartbreak of the atrocity. Captained by a stunning cast, the horizon looks bright for Titanic the Musical.