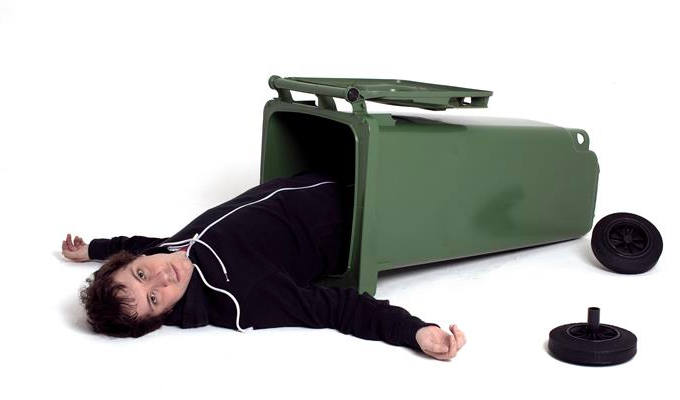 Tom Mayhew comes across as an unassuming performer. He’s fairly softly-spoken and has a friendliness about him that engages us quickly. However, he’s also clearly in command of his show and audience, Trash Rich offering a well-curated set about poverty, wealth, and the shameful divide between the two in the UK.

Beginning with a heavy focus on his background, Mayhew talks to us about living with his parents in their council house. He’s proud of his working-class upbringing and very open about some of the issues that come along with it. He also targets many of his early jokes at others in their 30s struggling financially and builds a rapport with the audience. Childhood memories are also explored, including Haven holidays and school trips he couldn’t afford to go on. Punchlines are strewn throughout and we’re never left waiting long for a laugh, yet there’s also clearly a political commentary at play here.

During a brief improv section, Mayhew asks for suggestions of TV game shows which he then alters to make them more working class-friendly. He’s so quick with his funny and clever responses that it’s a shame he doesn’t use these crowd-work skills more often in the show.

It makes sense for the focus to soon shift overtly towards politicians who he aims great gags at while he highlights their blatant inadequacies and ignorance. He also spends plenty of time on the cost of living crisis, which he explains is simply a new iteration of the same thing we’ve had for years – austerity, credit crunch, recession… And somehow, he points out, the same pathetic remedies are offered to get out of this one.

Mayhew finishes with a justified tirade against the onslaught of miseries facing millions of people in the country and we wonder if this is actually part of the format or if the comic is simply on a roll tonight after a long Fringe run. It’s not mindless rambling, though. He makes the important point that we should talk about money and ask our friends if they’re OK,  especially financially. The problem isn’t going away by itself and it’s not going away any time soon, so we’ll have to create our own support networks if the current government won’t do it for us.

Despite the dark undertones and sometimes heavy-hitting content, Mayhew delivers most of the set with cheeky smiles after jokes. His reserved nature gives the impression he is really an introvert, despite his profession. This is political comedy from a fresh and necessary perspective and there is a justifiable anger permeating proceedings, hopefully creating a meaningful impact for anyone who listens.