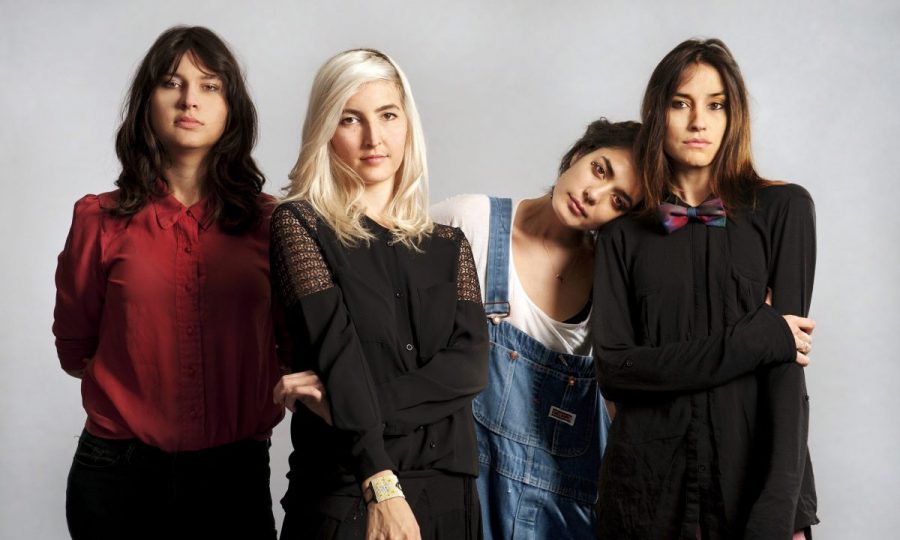 Warpaint are an interesting proposition as a band. Four grungy girls from LA playing guitar heavy, shoegazey indie with a post-punk feel, their style is more about the general vibe than structure or catchy choruses. However, New Song, the lead single from latest album Heads Up, is a breezy, sweet confection with a disco beat, showing a more polished, honed side to the four-piece.

Tonight confirms that New Song and other more poppy moments on their third studio album should be viewed as an addition to their offering rather than heralding a new direction. The majority of tonight’s show at the Queen’s Hall is slow and spaced out, accompanied by emotive and pretty, but largely indecipherable, vocals.

Singer Theresa Wayman seems a little spaced out herself, mumbling vaguely about being in a “beautiful city”, prompting fans smoking outside later to speculate on whether she knew where they were playing. As the huge tour bus waited directly outside the venue during the show, with the engine still running and pumping fumes out into the street, it is very possible that the band was literally in and out the door. And at times, although they are all excellent players and tight and in sync as a group, it feels slightly phoned in.

The majority of the crowd is still lapping it up. It’s a very respectable turn out for a dreich Sunday night, and there’s a warm, intimate atmosphere in the hall, with plenty of dancing. It’s a perfect venue for this type of music, and pleasingly it appears to be mostly girls to the front, Riot Grrl style.

It would take a dedicated fan to distinguish the very similar, meandering tracks that make up the middle of the set from one another. As they are all such strong musicians, have an obvious taste for experimentation and such an asset in super-cool bassist Jenny Lee Lindberg, it feels like Warpaint are less than the sum of their parts. They should be a great band, rather than just the pretty decent one that they are.

During the encore, when Lee comes down from her platform and they play facing each other and moving around each other, the performance finally comes together. Throwing shapes with her bass and shaking dyed pink hair, she is the star of tonight’s show.