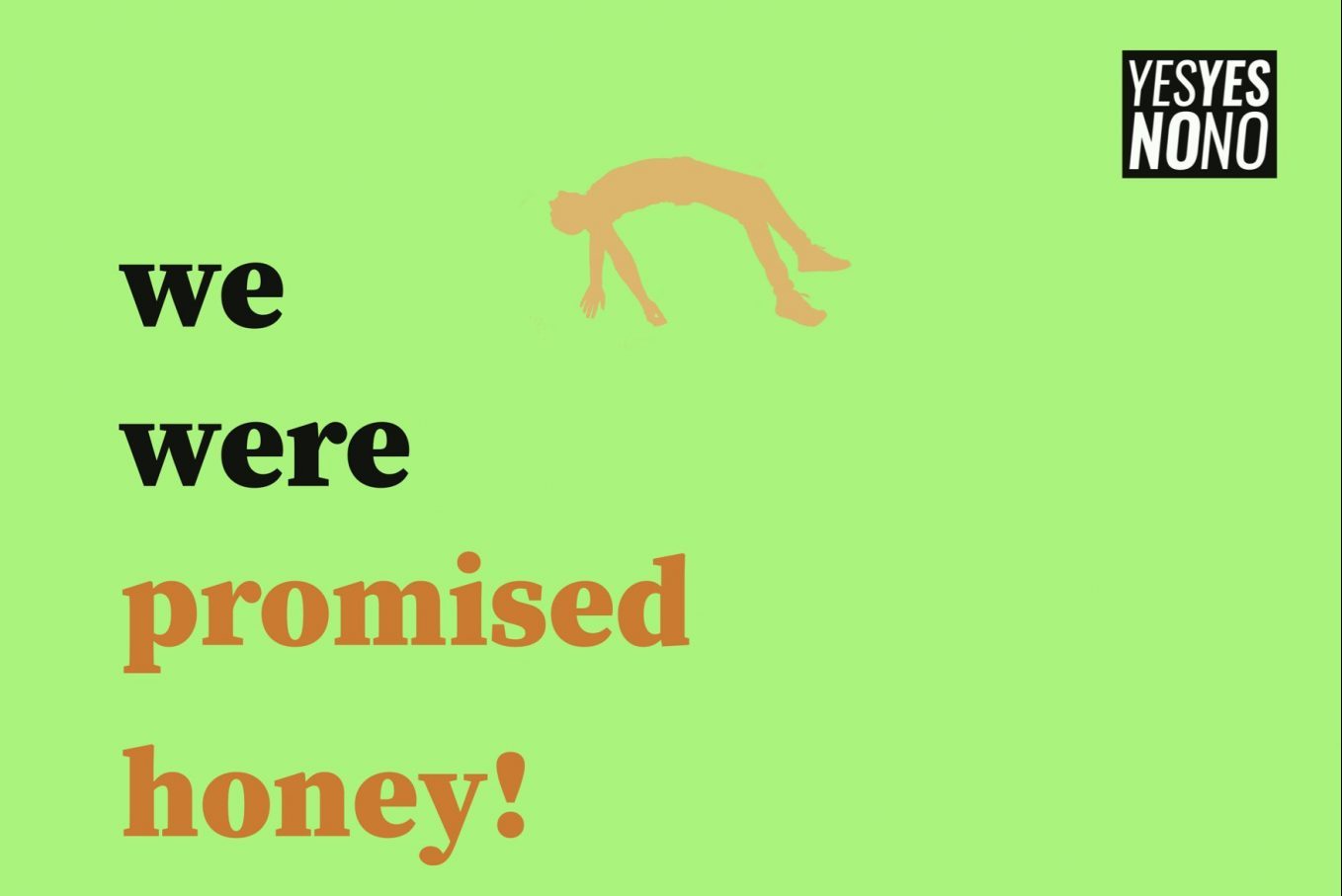 We Were Promised Honey!

We’re not watching this, we’re in it, travelling to the last moment we will spend alive.

We Were Promised Honey! is billed as an act of collective storytelling, which isn’t true, the audience are invited to take part, but have no say in the story that’s told. Which neatly reflects its theme; we’re born, we’re fated to die, we have no choice but to go along for the ride. As an extreme example it picks the true story of Richard Russell, a ground service worker at an airport, who stole a plane and flew it for an hour before crashing to his death. Sam Ward, the writer and narrator, then asks for volunteers to ask to hear more, and incorporates their names into the text, telling them their futures which get closer and closer to the heat death of the universe.

It’s extraordinarily vivid. It’s easy to picture the plane flying overhead, a lighthouse where a baby is born, an executive in his office in the desert, and a couple watching television and yet there’s very few props and no visual aids beyond the lights that plunge into darkness or sparkle like the stars. In some ways it’s like an installation at a science museum, with ideas and information packed into the narratives. In other ways it’s like a morning service for a New Age cult religion.

Ward is gently authoritative. His direction of the audience is so clear and direct that it inspires trust. There’s no fear of humiliation or getting it wrong. But there’s a darkness there; he’s like a charismatic grim reaper in causal clothing with a sparkling diamond stud earring, leading us towards the end, reminding us that it won’t be happy, and we cannot turn back. Mostly the music is ambient and soothing, sometimes it’s frightening, and we’re not watching this, we’re in it, travelling to the last moment we will spend alive. And when that moment arrives, the show does something so moving with a song, that it’s as life affirming as it is devastating.