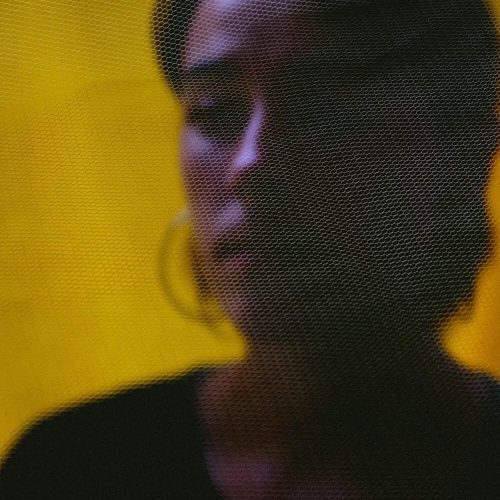 When Charlotte Perkins Gilman’s short story The Yellow Wallpaper was published in 1892, it served as a chilling condemnation of the American mental health system, and in particular its treatment of women, who were often dismissed as hysterical. Over a century later, surely things have improved? Yes and no.

Yellow brings Gilman’s story into the twenty-first century, and although there are references to modern phenomena such as climate change, the plot is remarkably similar. Charlotte (Grainne Dromgoole) is suffering from post-natal depression, so she and her husband Max (Christopher Connolly) go on a retreat.

Max seems kindly at first, but his controlling nature soon becomes evident. Charlotte – supposedly for her own good – is not permitted to leave her room, leaving her with just her laptop and the wallpaper for company. That wallpaper: hideous yet fascinating. Charlotte begins to think that she can see someone inside the wallpaper, but who?

The set is minimalistic: A bed upon which Charlotte sits, and a screen which serves as the eponymous wallpaper. Behind this screen lurks a second woman (Natasha McCabe), mysterious and elegantly sinister. She moves in tandem with Charlotte, like her mirror image, or her shadow.

Christopher Connolly also stands in as Dr Weir, Charlotte’s unhelpful psychologist who fails to truly understand her problem. The young cast from Oxford-based SquidInk Theatre perform well, and nice use is made of the small theatre space. Less successful is the use of audio, whether it be music or recordings of speech, as this tends to distract from, rather than add to, the rest of the production.

The topic of mental health is one many people can relate to, whether they have suffered from it themselves or know someone who has. Yellow shows that the story of The Yellow Wallpaper is as startlingly relevant and urgent today as it was in the nineteenth century.