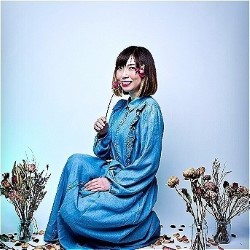 Feel-good hour about finding your inner Kaiju, no matter the challenges

Her energy is infectious as she bounces from topic to topic

We’ve all been having a rough time of it recently, but Yuriko Kotani has had it worse than many. In addition to breaking up with her long-term boyfriend and having to find a new flat in London (with a faulty boiler, no less), she hasn’t been able to visit her family in Japan for more than three years, and her holiday to Paris was ruined last-minute by COVID.

Despite these tribulations, however, Kotani is remarkably upbeat; whether she’s reeling off an A to Z list of self-care – who knew you had to drink four pints of water every minute? – or describing doomed visits to London Zoo, her energy is infectious as she bounces from topic to topic. She reimagines herself as a mirror in Disney’s Beauty and the Beast, wisely impressing upon us that we have to love ourselves before we can love anyone else. She tells us how to press flowers so they’ll last longer, while also admonishing the racists who call her ‘oriental’ and shout ‘nihao’ at her in the streets.

In amongst the eclectic skits, however, are more reflective moments when she holds sincere discussions with her inner Kaiju (monster). To do so, she employs some good old-fashioned shadow puppetry; using just her hand – fashioned into the shape of a lizard-esque creature – and a torch, it is here that we see some genuine soul-searching as she muses on the importance of optimism when things seem unbearable.

At the end of the hour, Kotani ties together the disparate threads of her set with a concluding statement which is as uplifting as it is humorous; everything passes, she reminds us, both good and bad. And while there’s beauty in the fleeting, we still leave 10 Dome wishing we had spent just a little more time with her.