A thought-provoking film illustrating the effect we have on our planet’s seas.

Bobby Darin once sang: “Somewhere beyond the sea, somewhere waiting for me, my lover stands on golden sands, and watches the ships that go sailin’.” In Yann Arthus-Bertrand and Michael Pitiot’s breathtaking documentary, we learn that these ships are ruining the sparkling oceans of Darin’s cheerful tune. “No more sailin’, so long sailin’, bye-bye sailin’.”

Is it possible for Earth’s dominant inhabitants to change the way we view our oceans? 71% of our world is made up of water and it is a vital life force for every creature that lives here. This impressively filmed and informative documentary takes us into the unknown depths of the deep blue sea at the hands of researchers, biologists and oceanographers. Filmed in extreme geographical locations both under and overhead, we follow the filmmakers across the globe on a journey narrated by Hollywood actor Josh Duhamel, witnessing both marvellous and terrifying human experiences regarding our Planet Ocean. Exhibiting some fascinating life amidst the water, the film makes a passionate plea for the human race to respect such a precious part of the Earth.

Indeed, though the cinematography is undoubtedly awe-inspiring, this documentary has an even stronger effect on the conscience than it does on the eyes. We are left with the reality that our race is critically polluting the ocean to an effect that may be beyond repair. Humans have become reliant on fossil fuels to live our material lives. We need petrol for our cars, we need roofing for our shelters, we need lipstick for our vanity; need is a strong word.

The film reminds us that, in order to transport these necessary fuels, oil tankers sail across our oceans; sail and spill. In a powerful image, we see a packed beach where humans themselves pour into the sea. Contrasted with a peaceful underwater utopia, it induces a feeling of guilt. Dispersing harmful chemicals and hunting endangered water mammals – as the most advanced species on this Earth, proving our preeminence has become our condemnation. Bobby Darin may have sung about “somewhere beyond the sea”, but all that waits there is a future of brown water and extinct life. 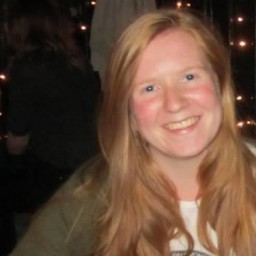