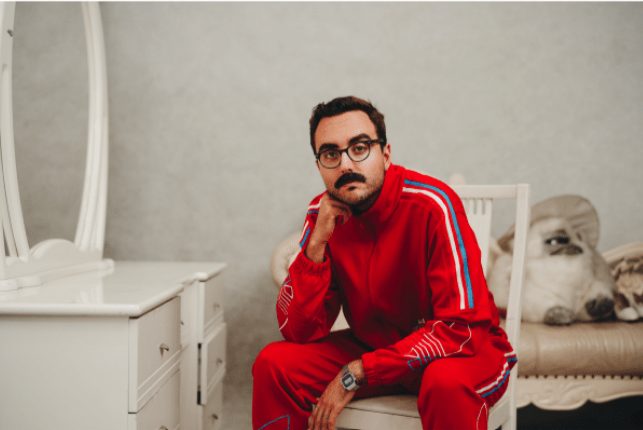 We chat to the Australian comedian about his show 'Oh, More Mr White Guy?'

Daniel Muggleton is a comedian from Sydney who has previously had sold-out runs at both the Adelaide Fringe and the Melbourne Comedy Festival. His previous Fringe show ‘Pimpin’ Ain’t Easy (But I Reckon it’s Easier for Straight, White Men?)‘ was highlighted by The Scotsman as ‘One of Four Great Free Fringe Shows’. We spoke to Daniel about his new show, ‘Oh, More Mr White Guy’, the joy of the Fringe, and the controversy over the elusive Fringe app.

I didn’t die, so that puts me ahead of six million people. I also got married and lived in Australia the whole time, which mostly dodged the pandemic. So I can’t really complain?

Can you tell us about ‘Oh, More Mr White Guy?’

Yes, in fact I plan on doing that for roughly 60 minutes every night from August 4th-28th. Just in case you can’t make it: it’s a male perspective on fertility – as told by a white guy trying to knock up his white wife.

How does the experience of the Edinburgh Fringe compare or differ to the Australian festivals like Melbourne and Adelaide?

It’s the scale that’s insane. Adelaide says it’s the biggest Fringe in the Southern Hemisphere or some rubbish but Edinburgh is just all-encompassing. There are shows from midday until 3am every day. Every comedian is there from your best friend, to your nemesis, to your idol, to some idiot from drama school trying to salvage a personality from improv. The city is literally taken over by the festival. It’s great.

Like any good capitalist I got into comedy for the money, so I would like to leave Scotland with more money than I entered with – ideally, in English notes because Australian banks are bastards and refuse to exchange Scottish ones. On a personal level, I think my wife will be fertile just before I head over, so I’d also like to impregnate her and learn that she’s pregnant during the festival…  just so I get a good head start on running away from that responsibility.

The best thing is just how many examples there are of people doing good stand-up comedy. I can watch 10 different comedians, with 10 different styles put on 10 different shows I really love. The worst thing is the Fringe Society getting rid of the app. Seriously, it was the only truly egalitarian aspect of any arts festival in the world, it serves the sole purpose of getting more people to more shows, and they got rid of it for no reason… even though it would’ve cost them less than £1000 to build and maintain. It’s inexcusable.

I always go see Mat Ewins who I think is brilliant. Phil Ellis did one of my favourite shows in 2019. In terms of Australian acts, Danielle Walker and Dan Rath are coming for the first time and they’re both hilarious so definitely check them out.