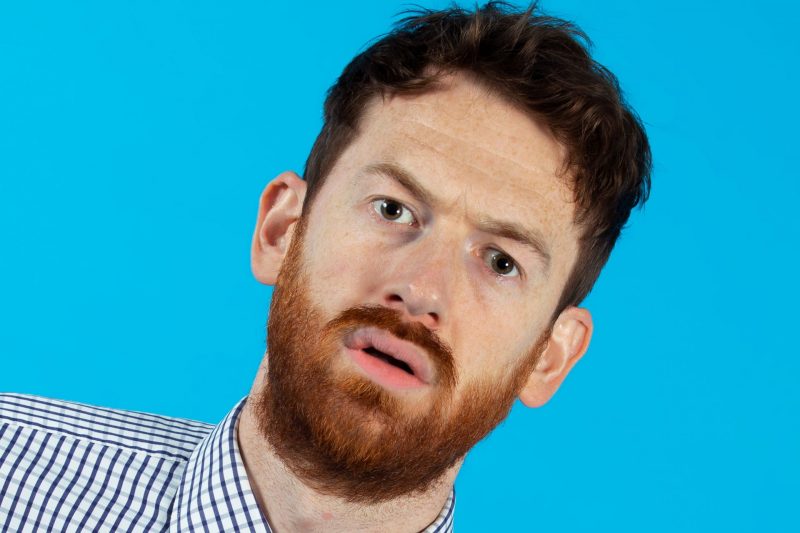 Jack Harris is a comedian and writer. As well as his stand-up he has also written extensively for shows such as Have I Got News For You and The Mash Report. We spoke to the former physics teacher about his debut full length Fringe show ‘Teaching Teachers How To Teach’.

Looking back now, it’s hard to remember what it was all like during the lockdowns, but when you clock that the highlight of every week was playing an online board game on a Thursday night, you realise the whole thing was pretty mad.

I also found out that there was a world record for the most number of eggs balanced on the back of your hand so I broke that and I now hold that record. Genuinely. Google my name with ‘eggs’. It’s not in my show, I just did it because I had nothing to do.

Can you tell us about ‘Teaching Teachers How to Teach’?

The premise of the show is that in the time it takes to teach a lesson, I can teach the audience how to become a teacher. So as you’d expect, the hour is filled with completely legitimate teaching techniques that could in no way be misconstrued as daft musings on teaching and being in schools.

How has being a teacher benefitted or hindered your comedy? For example, has it helped with dealing with hecklers?

When you’ve spent countless hours stood in front of thirty children who have zero interest in listening to you, it pretty much prepares you for any sort of gig. Plus, I taught physics, so someone telling me that they don’t like the thing I’ve spent hours putting together for their benefit is like water off a duck’s back.

You’ve written extensively for TV and radio. Do you approach writing for shows like Have I Got News For You or The Mash Report differently to your solo shows? How does writing topical material compare to sculpting an hour-long Fringe show?

Yeah it’s a completely different way of writing. For shows like Have I Got News For You, the writing process is quite intense as you’re writing lots of jokes on lots of different subjects across the space of a day. You’re also writing them to come out of someone else’s mouth – anybody from Romesh Ranganathan to Jo Brand to Richard Ayoade. All brilliant hosts but each with a very different style so you have to bear that in mind when writing.

Also, topical material has got a much shorter shelf life, especially with the way politics is currently running. It was only less than three years ago that people were writing jokes about Jo Swinson. Who’s that? Exactly (She was the previous Lib Dem leader. Does anyone know the name of the current Lib Dem leader? Yeah fair point).

With a Fringe show, it takes a lot longer for the jokes to reach their final form. It’s pretty rare that I’ll write something that doesn’t get tweaked or changed once I’ve said it out loud on stage for the first time. Plus, because the audience are with you for an hour, you have the opportunity to write jokes which are slightly more off-beat and have them pop back up throughout the show which is always fun.

Although this is your debut solo show, you’re no stranger to the Fringe. What for you are the best and worst things about the Fringe?

Hands down the best thing is getting to see other comedy shows. You could see six shows in a day, all completely different, all make you laugh like a little child. Nothing beats it. Palmyra is a close second.

The worst thing about the Fringe is the amount of planning you have to do before you even get there. The health impacts of daily Palmyra is a close second.

What are your hopes for the show? What for you would constitute a successful August?

If I leave Edinburgh without having solved the teacher crisis, then I’ll have failed. But if that’s not possible, the idea that people I don’t know would come to the show and tell their friends about it would be great.

Are there any other acts at the Fringe that you would recommend audiences should see?

There are two other debut shows that I would definitely recommend going to see, just so you can say to your friends, ‘I saw them before they got massive’. Jake Farrell is a brilliant stand up who far more people should know about. Whip-smart and a properly gifted story and joke teller. And Rajiv Karia who is so naturally funny and makes me laugh a lot. His show has loads of daft jokes that show off how good a writer and performer he is.