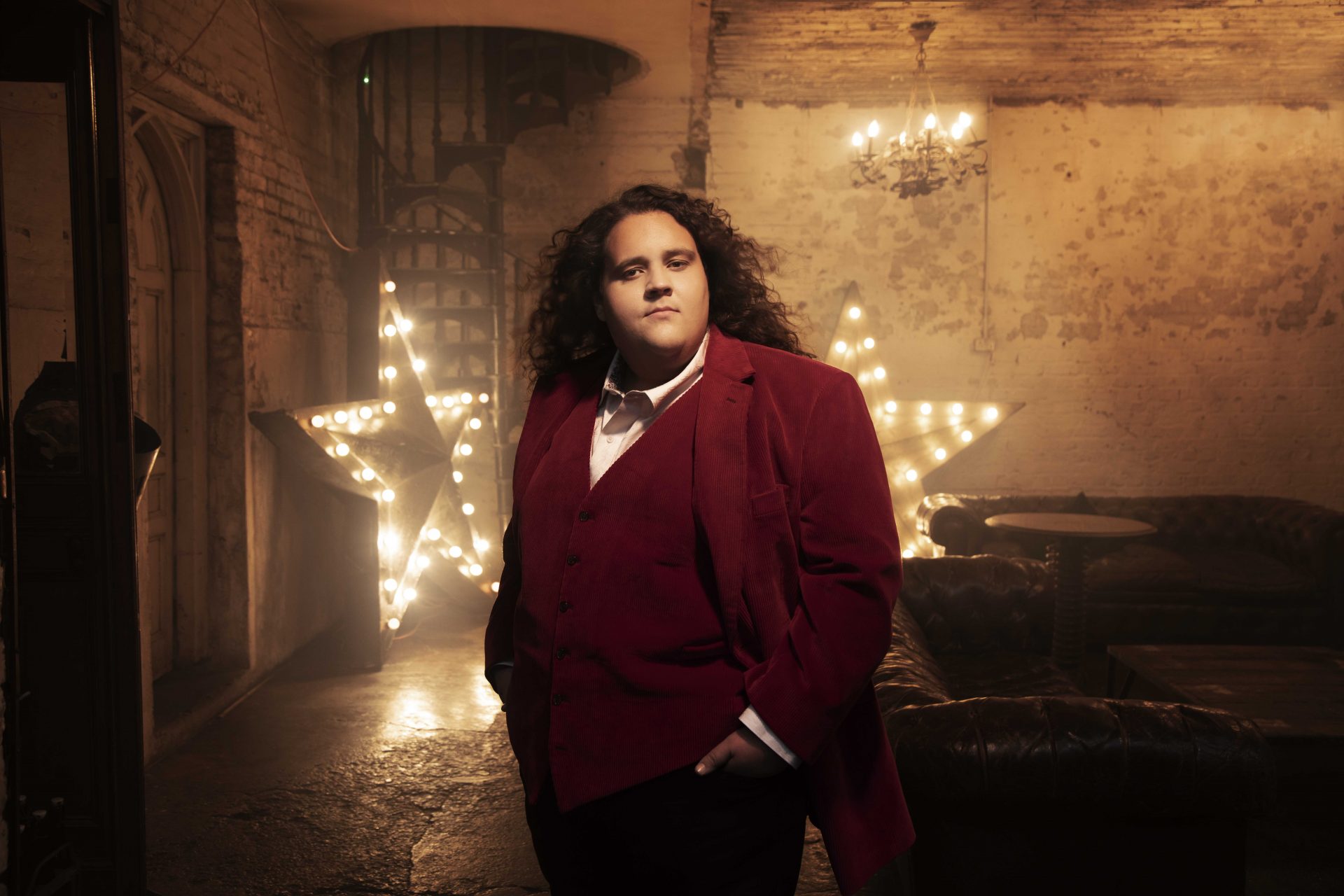 Jonathan Antoine set to go the distance with new album

BGT star expands his repertoire as he reflects on growing up

It had to be one of the outstanding auditions for Britain’s Got Talent, the very nervous looking 17-year old Jonathan Antoine alongside his singing partner Charlotte Jaconelli. After just one verse of The Prayer, the audience were on their feet for a standing ovation and Simon Cowell proclaimed Jonathan to be a future star, comparing him to the great Luciano
Pavarotti.

The couple went on to finish second in the 2012 series, behind the dancing dog act Ashleigh and Pudsey, and released two successful albums together before a very amicable parting of the ways. Jonathan’s success continued as a solo artist with Tenore (2014) and Believe (2016) both topping the classical charts.

Now, after working for almost three years to develop new repertoire and recording new music with the Royal Philharmonic Orchestra, comes his incredibly personal new album Going The Distance, a recording to cement his position as one of the world’s best tenors.

Looking back, did the nervous teenager on that London stage imagine where he might be some eight years later?

“It’s been a long journey, a strange journey,” Jonathan told me. “Predictions that the much-younger me might have had would have been completely different to the reality now because life is unexpected. All aspects of life will throw challenges at you and it’s the job of the individual to try and make the best decisions and end up where you’d like to be.”

Gone are the nerves. When I spoke to Jonathan, by phone from his London home, he now sounds altogether more assured and confident enough to take his career on a slightly different course, moving beyond the safe zone of classical arias. Going The Distance realises a childhood idea to structure an album in three acts, like a musical, which tell the story of overcoming adversity to fulfill your dreams.

“Since my last album, which is four years ago,” he says, “I have, personally, changed so much. I’ve been through some things and it’s good for me. I’ve grown as a person and I think you can see that through the repertoire, how my voice sounds, the way that we arrange the songs – some are pretty traditional, some are pretty out there, I think.

“Some of them are songs that mean so much to so many people and some are more directly personal to me, all are a mix of both. The first section includes Go The Distance (from Hercules) and Can You Feel The Love Tonight? (The Lion King), 90s Disney movies shaped early years, so they hold a lot of meaning to me.

“Going The Distance feels like me on a record. It’s not necessarily my story but it’s a story about anyone who feels downtrodden or disenfranchised. Most people feel like outsiders. We’re as flawed as each other and, if we come together, we’re a little less of those flaws. We can make each other better than we can be individually.

“Go The Distance is crazy that it fits the whole narrative, it fits my story so exactly. Hercules is a story, in the opening section, where he learns that he is different from other people but then realises that that is the best thing about him. That’s the message I wanted to send to people, that the things you believe are holding you back, that you despise about yourself, could be the things that make you great.”

“We got really lucky,” enthuses Jonathan, of working with the Grammy award-winner whose hits include Because You Loved Me (Celine Dion), How Do I Live (LeAnn Rimes) and I Don’t Want To Miss A Thing (Aerosmith). “Compass is about accepting yourself and others and our differences. And Diane rewrote some of the lyrics, so it fit even more perfectly into our theme.

“Some are songs I have been performing for a long time and wanted to give them new life on this project and some are new to me. Moon River, I had never thought about this until it was suggested to me. It means so much to so many people and it’s an absolute joy to sing, quite a contrast to a some of the other songs, slow and subdued, and Baby Mine, from Dumbo, they are both very lullaby-ish.”

I had to say that I was surprised to see Country Roads included, not a song one usually associates with a singer with Jonathan’s voice.

“I heard someone singing it in a very full voice two, maybe three, years ago,” Jonathan explains. “I thought that was so interesting, a way I had never heard the song done. I consulted with the powers-that-be and we got something together, this really soulful, gospel sound with choir moments and ornaments and I belt it out. Funny thing is I sing it in the
same key as the one John Denver sang it in, it just has a different delivery, I love it so much!”

The final section returns to familiar territory with Amor Ti Vieta, Caruso and the aria by which all others are judged, Nessun Dorma. Jonathan admits it was a big decision to include this classical showstopper.

“It was. It was something that I’ve been asked to do since I first began singing. I held off for such a long time because there are so many people who have done it, so many perfect versions, that to sing it at too young an age… people would be asking me to sing it more. I would be singing it at every show and it would wear me down. But now I believe that I am resilient enough, I’m learned enough – I think – and tackling it seemed like the only logical thing to do.

“We stepped into the studio and the majority of the recording came with the first take,” he laughs. “Obviously we did a few more, just to get things polished but, yeah, everyone in the room got very excited when that first one popped out!”

After two classical chart-toppers, Going The Distance is sure to broaden Jonathan’s market and it is a process that he has clearly enjoyed.

“My idea was that I always wanted to make an album in a three-act structure, like a play or a musical. That’s the driving concept behind the album but, we wanted to break new ground and see what we could do, to experiment a little bit. I’ve made a few albums and it’s always been such a different process each time. I find it very hard to go back and listen to the stuff I’ve just made because I pick it apart but, with this one, I can listen to this for fun and just enjoy it which is very good for me.”

Could this change of direction be a sign of what is to come in the future?

“I went to see the Bat Out Of Hell musical, a while ago when things were still open, and I thought it was so cool. I think you could possibly see some of that from me. Whether it’s the next album or the one after that, who can say. I want to expand out in all directions, I want to try everything even if it doesn’t quite work, I can’t leave this earth saying ‘Oh, I didn’t try.’”

And Jonathan is also making a great impression on American and Canadian audiences. He debuted Going The Distance in two concerts in Toronto, Canada, recorded for a TV special set to be broadcast on PBS in North America and worldwide this summer.

“We had to edit down the crowd reactions as people stood up after every song,” he says. “If we aired that, people wouldn’t believe it. It’s intensely gratifying.

“I was out in America while everything [coronavirus] was breaking, trying to do promotion stuff for my concert show. I was moving through airports in the US and I was seeing less and less people in the airports but more and more wearing masks, it was a very strange time there, and it’s got stranger since. We just missed everything getting shut down and, since everything has been shut down, I’ve been indoors. I don’t think I’ve been through the front door for… I’ve forgotten how many weeks.”

The shy teenager that took to the stage in 2012 has come so far and his new album and repertoire have given him a fresh outlook. The album is quite superb, his voice is amazing and his enthusiasm infectious.

“I still feel like a kid, that’s something that’s worth holding on to. I feel like I’ve matured but there is still a long journey, a long way to go. I hope I never stop having to learn a new lesson and that that continues on forever. That’s the spice of life for me, learning and growing and becoming more mature.”