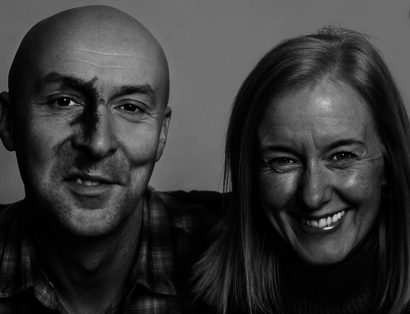 Ambrose Parry: The Anaesthetics of Crime

Victorian Edinburgh was a world unto itself. As the seat of intellectual Enlightenment, a number of important scientific discoveries marked the 19th century. The Ambrose Parry novels are set in this era, and follow the adventures of medical student Will Raven. In the first book, The Way of All Flesh, Raven is apprentice to Dr James Young Simpson. And with the help of Simpson’s feisty housemaid Sarah, he uncovers dirty crime in Edinburgh’s underworld. The second book, The Art of Dying will hit the shelves in two weeks time. It follows the story of Will and Sarah, as Simpson is accused of killing a patient.

Ambrose Parry is a pseudonym. The books are co-written by husband and wife, bestselling author Chris Brookmyre and consultant anaesthetist Dr Marisa Haetzman.  Dr Haetzman’s research on the History of Medicine inspired the series. And she’s new to writing, although she admits, she’s fared much better with the second book. Now she feels much more in control of the narrative and the couple joke about how much of a sway she has on the character arcs.

Hosted by Anna Day, the duo open with a reading of the first few pages of The Art of Dying. And at the start, a massive spoiler is unveiled in the form of the changing circumstances of Will and Sarah’s relationship. Readers will be familiar with their dynamic from the first book, which is as exciting as the murders!

The authors talk about their process of jointly authoring, the tussle with staying true to history versus embellishing, and character development. Feminism comes up – Sarah an outspoken woman of her time. That intersects with class divide too, as the character of Sarah is merely a housemaid to Raven’s newly qualified doctor status. The barriers to her entry into high society are huge, and this makes for an interesting and topical theme.

Canongate have already picked up the rights to book three for next year and the authors talk about enough research and fascinating history to write a fourth novel too! Benedict Cumberbatch’s production company SunnyMarch has pre-empted the TV rights to the books – so it seems there is a lot to look forward to.