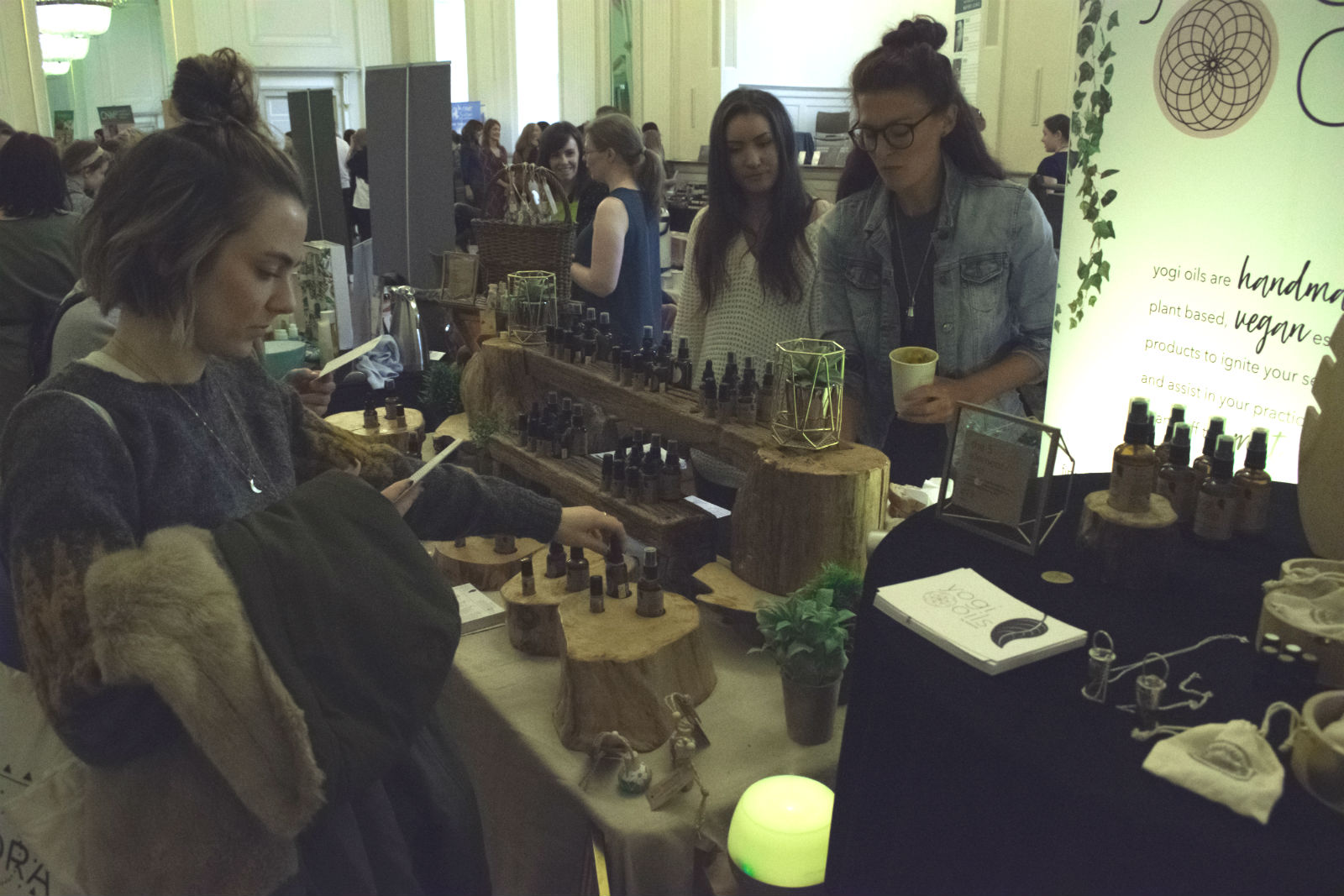 As a former nurse, Ryan Latto can't help but be sceptical of the alternative remedies on offer at Edinburgh's Assembly Rooms

Like walking in a bouquet, fruity and floral smells waft around the whirr and bustle of the small marketplace set up within the Assembly Rooms main ballroom. I start awkwardly shuffling from one stall to the next, soaking in the atmosphere as three large chandeliers hang from above…

The alternative medicine industry boasts a net worth of nearly $30 billion annually. With such staggering profits being made by companies who roll out things such as willow-bark extract, essential oils, homeopathy, and “live and active water-based bacteria” for your gut, it seems justifiable that a festival be made up of these wares.

But before I arrive, trudging through George Street on a quiet, drizzly Saturday morning, I am filled with anxiety about this piece. I was a nurse for a short while, and I’ll be the first to admit that the modern medical world has many problems, but alternative medicine has always felt even more flawed, if not dangerous, to me. I don’t want to offend anyone by being there or writing this article, but also I don’t want to see people being misled by charlatans.

The Assembly Rooms is a perfect venue for an event like this. The brightness and extravagance of the building amplify the feeling of comfort, health, and wealth attached to the festival. The whole venue is almost otherworldly as you make your way from room to room. The morning session is made up of talks or yoga classes. So, failing to be the intrepid reporter I should be, I refuse to crack out my yoga mat and settle in to a talk. First on my list is Iona Russell’s short seminar called Create the Life You Love, as I feel I need a bit of that through the mid-wintery gloom.

Iona is definitely personable on stage and quite an open character. However, as engaging as she is, the presentation is filled with some of the well-known tropes: “thoughts affect feelings that affect actions”, “give yourself time for self-love”. It is, however, well received by the audience and although I do not leave entirely self-loving, breaking through this Scottish boy’s cynicism isn’t really her job. Or is it?

Back in the marketplace, I chat with some of the vendors. One in particular alerts me to the fact that willow-bark is a substitute for aspirin, and I have to bite my tongue a little; but most of it is generally harmless. There are chiropractors assessing potential customers, so I decide to have an assessment to fulfil my journalistic involvement (turns out I carry 6 kilograms more of my body weight on one leg than the other), have some herbal tea, and watch people get massages whilst secretly wishing I was one of them.

I pick up flyers for various products, all with rather dilute science in them or just general claims about their worthiness. One in particular is a solution of water-based live bacteria that “arrives, survives, and thrives” in the gut – potentially along with the 100 trillion other gut bacteria in your colon. Other than “balancing your gut bacteria” I have absolutely no idea what this watery solution is supposed to do, but at £20 for 500ml I’d hope it does something – maybe some kind of liquid fart assistant? (For real science check out faecal transplants, it’s disgusting but amazing!).

To be honest, nothing is outwardly threatening about the marketplace. It feels that most things have been carefully selected – I certainly don’t see any homoeopathy in there or any utterance of the word Dianetics or “personality tests”.

I look forward to the talk with famous tinned-food chef, Jack Monroe, who rose to fame through her blog Cooking on a Bootstrap (Previously A Girl Called Jack). I am interested in Jack as someone who is going to finally talk about how to cook on a very low budget. I want her to cut through the snobbery of cooking and teach me how to actually live within my means.

Jack is charming on stage and some lessons are learned – for example I never thought to use tinned mushrooms, or use black tea in a bourguignon, or utilize my tins of chopped tomatoes in more imaginative ways. But even still there feels like an air of “other-world” to her. In fact, that’s how I feel during the whole festival – that I am wandering around the “other world”. I am duly invited into the world of the middle-class dream. When Jack admits to making herself live off of the wage she had when she was in poverty, it does make me question how different it must feel to live off £10 a month when you don’t actually need to live that way anymore. Sadly, it removes the colour of her story.

The world of expensive ingredients and oils, of flaky-at-best science, of yoga work-outs, wellbeing businesses and the “you can be successful too, if you just buy X,Y, or Z” just feels a little much for me during that drizzly Saturday. I leave feeling more confused and a little more alone.

Everyone is lovely, everyone is having fun, and people are smiling, so maybe I’m just the stick-in-the-mud. Maybe I’m brainwashed by my healthcare past. But at £27.50 per half-day or £44 or the full weekend (the most confusing ticketing scheme I’ve encountered thus far), the Wellbeing Festival is enjoyed by those who attended it, just not really by me. I think it made me feel a little bit more lost in a world of false-science, counterclaims, and of course, alternative facts.