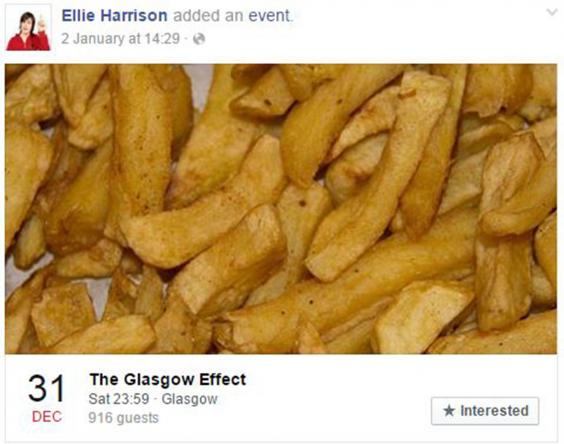 On the Glasgow Effect

Blimey. You finally knuckle down to some post-festive work and because of it, end up missing the first interesting Twitterstorm of the year. Belatedly, yesterday evening I learned of the furore surrounding artist Ellie Harrison (not her off of Countryfile) and the grant of £15,000 she has received from Creative Scotland for her “action research / durational performance” project, The Glasgow Effect. For a “year-long period of practice development” she will “challenge [her]self not to travel outside Strathclyde for the whole year” allowing her to “focus all [her] time and energy in working within the region”. This will form “a durational performance in the tradition of great works by Lee Lozano (General Strike Piece, 1969) and Tehching Hsieh (One Year Performance, 1981)”.

People are angry with this for a number of reasons. They think £15,000 could be better spent in times of austerity. They question whether not leaving Glasgow for a year is art, and if so, does that mean the city is full of Turner prize prospects? They think the title (The Glasgow Effect being the term given to the city’s short life expectancy) a tad insensitive. They find the use of an image of chips to illustrate the project’s Facebook page patronising. They don’t know what the hell “action research” or “durational performance” are.

These are all understandable reactions, but cloud the real issue.

What should not be on trial here is Harrison herself. She’s an artist with ideas. She wants to do her thing. She needs to make a living. So she plays the game – some would say the poorly-formulated, rigged game – of arts funding and plays it very well.

Nor should this be used as a stick with which to beat arts funding per se. In case it needs restating, the arts are a mark of civilised society, and if the state has to fund them to make them happen, so be it.

Nor is the issue here mainly about what constitutes art. However widely or narrowly you define the term, there will always be quibbling at the margins. The Glasgow Effect may stretch definitions to the limits, but it’s still a moot point.

We know Harrison’s application satisfied Creative Scotland’s funding criteria. But what kind of criteria are they, if they leave the public asking the most basic question of all, “what is she going to do with the money?”

If, as appears to be the case, Creative Scotland are funding a sabbatical for an artist to pursue inspiration, fine, but say clearly that’s what happening and defend it as such.

In the vagueness that lies in between, the public can reasonably claim that Creative Scotland are funding someone to sit in their flat for a year. Even if some of the more virulent responses about funding “poverty tourism” don’t bear weight once you read Harrison’s application, they thrive because it’s not easy to say what else she is doing. “Durational performance” means nothing to the layperson.

Moreover, the arts community, especially those who’ve had funding bids rejected, can reasonably question what it is that makes Harrison’s case special. Many would like to take sabbaticals to “focus their time and energy”. Many have concrete plans for production of art for public consumption that will go unfulfilled. To them, Creative Scotland’s statement that Harrison’s “strong proposal” met “all criteria” and will “require evaluation” justifies nothing.

Then take a section of the arts that Creative Scotland doesn’t fund, like comedy. What makes £15,000 for “action research” fundable, but, say, £500 for each of thirty up-and-coming comics to cover travel to unpaid open mics unfundable? There might be a case to be made, but at face value, to the layperson, it’s a good question, and appealing to fulfilment of self-created criteria doesn’t answer it.

Lyn Gardner in the Guardian at least attempts to defend Creative Scotland’s decision as “risk-taking”. But what sort of risk is it really for Creative Scotland to give money to an established artist to take a sabbatical, especially one who clearly knows what buttons to press when it comes to funding applications? They’ve given to one of their own, who speaks their language. Real “risk-taking” would be to loosen the process, broaden the base of people who might apply, give to someone without an obvious track record but who shows initiative. This grant is a risk only in the sense that it risked (and found) ridicule.

In a previous post, I argued that in essence there were really only three publicly defensible reasons for arts subsidy:

– Safeguarding of core arts provision in areas where economics acts against it, e.g. deprived areas (to which I’ll also add people from those areas and backgrounds too)

Ellie Harrison may well create something new and experimental from her year, she may even help arts provision in poor parts of Glasgow. But if that is the intention, unfortunately it is lost in the artspeak of the application process and subsequent defence of it. The fact that this hasn’t been realised by Creative Scotland is the most damning indictment of the situation.

It’s not for Harrison to defend herself. Good luck to her. I hope she spends her year creatively and productively. Creative Scotland on the other hand have done a poor job of justifying what to the public looks ridiculous and to the arts sector looks arbitrary.