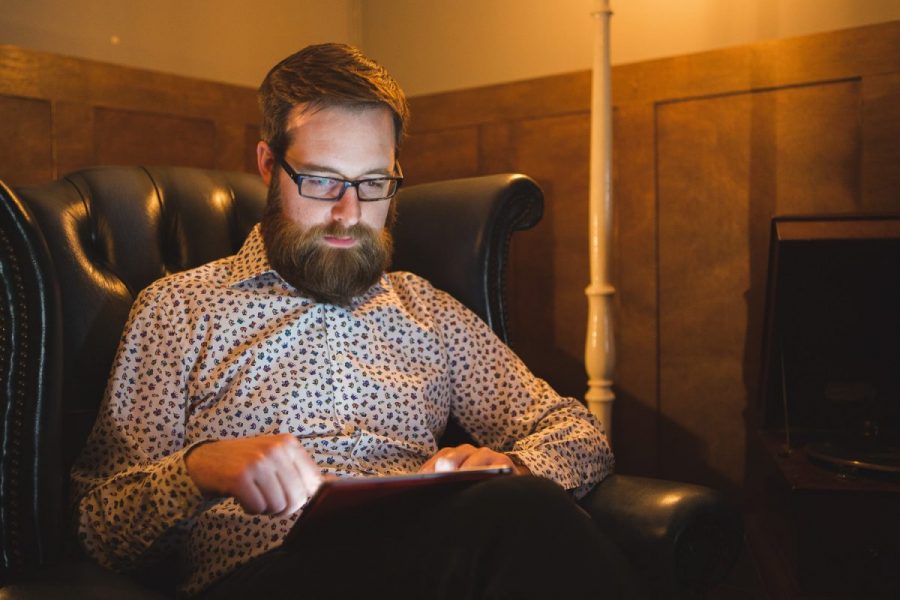 Digital at the Fringe

With a second digital revolution on the horizon, artists at the Fringe will explore humanity's relationship with technology.

Tech geeks can rejoice at this year’s Fringe. The programme is bursting with acts addressing our digital age, covering topics from social media to artificial intelligence to digital security and privacy. Humanity’s relationship with technology (and to each other in the smart era) will be hashed and rehashed from a refreshing variety of perspectives. Although some Fringe performers are concerned about digital’s impact on our lives, there are many with a more nuanced approach. Rejecting the typical dystopian line, they will look at the benefits of digital and challenge the speculations of tech-sceptics.

This sudden swathe of digital-themed art is timely. Most tech experts agree that the way we live our lives is about to undergo a seismic change. If you thought the dawn of the internet was big, wait to see what the next ten years will bring. Virtual reality is just around the corner, with smart technology like self-driving cars already in existence. Soon our household appliances will talk to each other, deciding when to wake us up and make us that first morning brew. We are very much on the brink of another digital revolution.

Social media will dominate this techie conversation at the Fringe. Performers will reflect on how our connection to real life has been changed by our connections online. The Age of Distr(action), presented by Group 64 Theatre for Young People, takes a positive outlook. The same generation that are repeatedly accused of their obsession with square things will decide whether their attachment to their smart phones is such a bad thing. Are they apathetic to the outside world, or in fact better informed? Being constantly connected might actually empower more people to take more action.

On the opposite end of the spectrum, Walrus’s Lemons Lemons Lemons Lemons Lemons sets its story in a futuristic society that controls its citizens’ speech. Like Twitter’s limit of 140 characters, each person is permitted 140 words a day. The play will explore how people choose to use their words and how relationships work when communication is restricted.

We’ve been told already that many of our jobs are under threat – in the coming years they will be automated and given to the robots. BBC Slam finalist Dan Simpson and Stef Smith explore this menace. Simpson presents Artificial Ineloquence, which wonders what will happen to poets after the rise of AI. His combination of computer-generated jokes and emoji poetry offer a fascinating (and for many unsettling) insight into the future of poetry. Smith’s The Girl in the Machine imagines an app that can write new music by dead musicians, and will feature as one of the Traverse Theatre’s breakfast plays. For those who think emotional art is reserved for human practitioners, these pieces will make for thought-provoking viewing.

The Cabaret of Dangerous Ideas will host two unique perspectives on hot topics privacy and security. Matjaz Vidmar’s talk Let Big Brother Watch will, with the House of Lords now scrutinising Theresa May’s Investigatory Powers Bill, discuss the very current issue of surveillance. Where many would call it draconian, Vidmar will venture that surveillance technology can actually be a good thing for the apps we use daily. Perhaps even more controversial is Angus Bancroft’s talk, provocatively titled How Cybercrime Benefits Society. Bancroft proposes that we are in fact reliant on the anonymous criminals that traverse the dark web. Their innovations in encryption may have actually helped online security become what it is today. In an ironic twist, our data would not be safe without the help of those trying to steal it.

And if that weren’t enough digital for you, Assembly founder, William Burdett-Coutts, is this year launching the Edinburgh Digital Entertainment Festival bringing a programme of virtual reality, gaming and event cinema to the Assembly Rooms.