A round-up of the winter season’s three main orchestras from Edinburgh to Aberdeen.

For fans of orchestral music in Scotland, September is a curious month, a brief lull between the aural onslaught that is the Edinburgh International Festival’s three weeks of Usher Hall concerts and the commencement of the winter seasons of the country’s three main orchestras.

This season, all of them have upped their game. First out of the blocks, on 29 September, is the BBC Scottish Symphony Orchestra with James MacMillan’s take on the St Matthew Passion, conducted by the orchestra’s Chief Conductor, Donald Runnicles. This Scottish première performance also brings the London Symphony Chorus, BBC Singers and Finnish baritone Tommi Hakala to Glasgow. An eagerly awaited event, for sure.

Equally anticipated, and not to be outdone, the Royal Scottish National Orchestra launches its season in Dundee on 29 September, before visiting Edinburgh the following evening and Glasgow on 1 October. This is the final season with the orchestra for flamboyant Music Director Stéphane Denève: the season’s Auld Alliance theme is therefore perfectly understandable. The opening concerts will have the added attraction of Scotland’s superstar violinist Nicola Benedetti as soloist in Bruch’s Scottish Fantasy. Debussy’s La mer and curtain-raising Marche écossaise provide the Gallic element.

The French theme continues at the Scottish Chamber Orchestra, which has one of Hector Berlioz’s greatest works in its programme at the Usher Hall on 6 October and Glasgow’s City Halls on 7 October. The Symphonie Fantastique dates from 1830 and traces a young artist’s opium-induced dreams of an unattainable woman and his inevitable fall through jealousy and obsession to despair and death. Heady stuff. Normally performed by a full-sized symphony orchestra, it will be fascinating to hear what new insights SCO Principal Conductor Robin Ticciati brings with his smaller forces.

So much for the openers. What other orchestral highlights are on offer during the coming month? The BBC SSO starts its survey of Prokofiev’s piano concertos, with up-and-coming Russian pianist Denis Kozhukhin playing the well-known 3rd, on 6 October, and gives city-dwellers the opportunity to wander in the countryside courtesy of George Butterworth’s Two English Idylls and Beethoven’s timeless Pastoral Symphony on 20 October.

The RSNO weighs in with another 3rd Piano Concerto, this one by Rachmaninov, in Aberdeen, Edinburgh and Glasgow on 6, 7 and 8 October. But it’s likely that all eyes will be on Music Director Designate Peter Oundjian as he brings pieces by Mackenzie and Martinu, as well as Mozart’s unfinished and myth-surrounded Requiem, to Edinburgh and Glasgow on 28 and 29 October.

Ludwig van Beethoven looms large in the SCO’s performances during October, with one of the world’s top violinists, Viktoria Mullova, performing his Concerto in Edinburgh, Glasgow and Aberdeen on 13, 14 and 15. And conductor Thierry Fischer offers audiences in Glasgow on the 21st the opportunity to compare and contrast the Sixth Symphony with the BBC SSO’s performance the previous evening.

That’s just a taste of what’s to come from Scotland’s orchestras in October. The wait is nearly over. 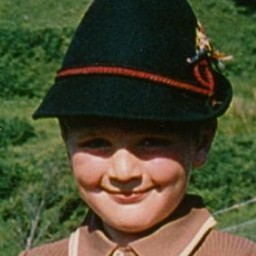 A red hot, glamorous and passionate variety display that treats you to outstanding cabaret in the name of a good cause