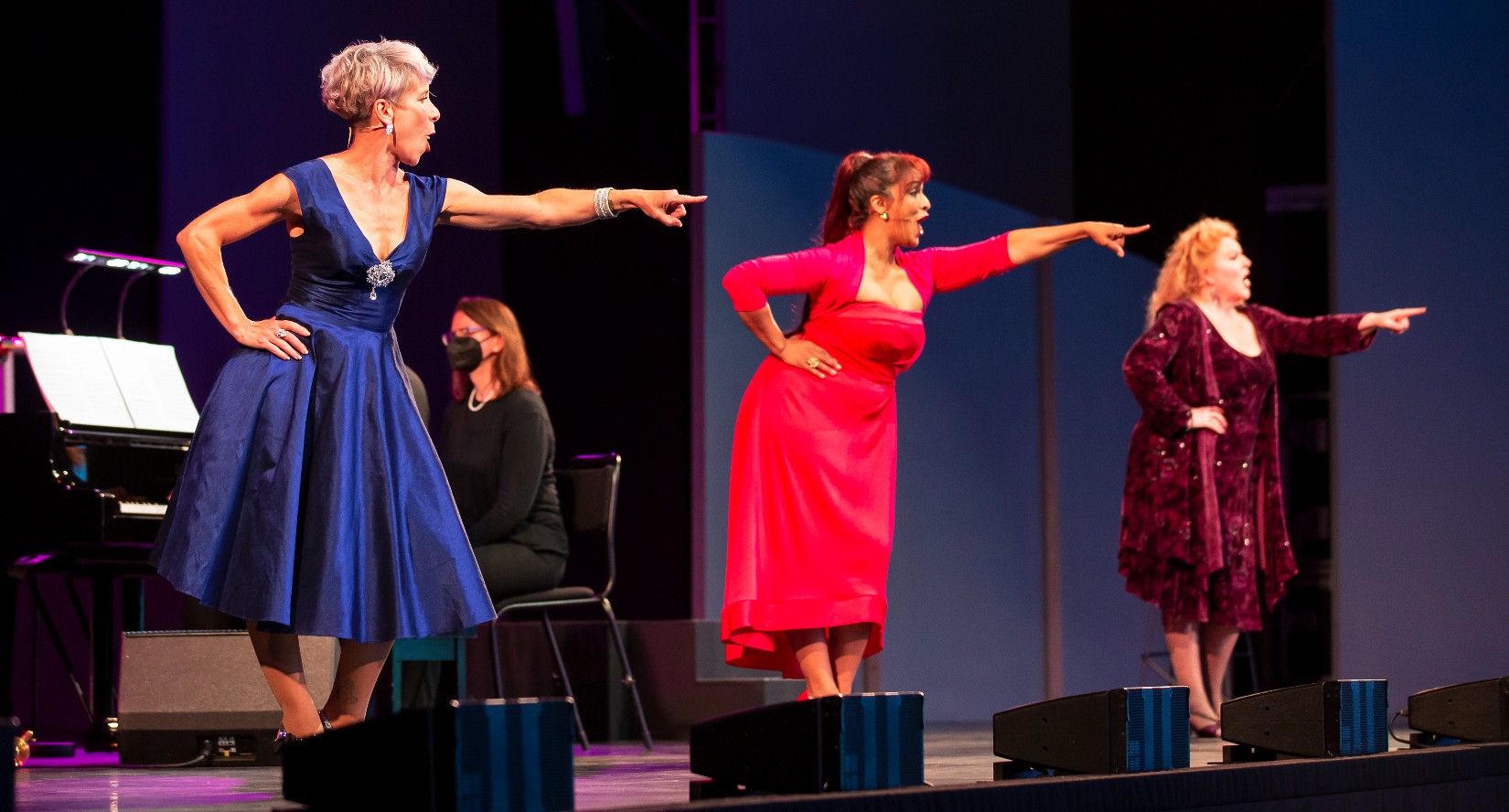 A Grand Night For Singing

One of the jewels in the illustrious crown of this year’s International Festival is an exuberant collection of the songs of Rodgers and Hammerstein, woven together into a concert performance and served up in a capacious marquee. Five singers, the Edinburgh Festival Ensemble, the esteemed Wayne Marshall directing (while also at the piano) and you have A Grand Night For Singing.

This musical revue was first presented on Broadway nearly thirty years ago. Tony Award-winning director and choreographer Walter Bobbie has taken many of the best known songs from Rodgers and Hammerstein’s musicals and stitched the extracts together to make a new show. The storyline isn’t especially clear, but that matters less when it presents an opportunity for this brilliant collection of musicians and performers to cast a captivating 90-minute long spell that transports you to a world where the most important thing is whether the gal got the guy – or vice versa.

Kim Criswell’s new staging is zippy, elegant and fun. The musicians lurk upstage for the most part, though Marshall’s grand piano occupies pride of place. The set may be simple -a couple of chairs and carefully positioned sets of steps- but Criswell makes brilliant use of it to create a series of tableaus that change as quickly as a kaleidoscope to match the pace and the mood of the music. All tribute to the performers for keeping pace with her nifty choreography – and the speedy costume changes. It’s one thing to sing – quite another to be tasked with walking, skipping, lounging, or even dancing as well.

The music is the star of the show. The musicians are elegant, sumptuous when needed, and flirty and frivolous when not. Richard Morrison’s stately baritone caresses (Oh What A) Beautiful Morning but makes light work of the more playful songs, while Damian Humbley brings an endearing impishness to his performance. Where Anna-Jane Casey skips across the stage with delightful brio, Criswell remains stately but equally commanding. Danielle de Niese, aside from having a voice like sunshine, radiates a magnetic warmth and humanity that shrinks the huge marquee. Her lush lyricism in songs you might have heard many times before (It Might As Well Be Spring, for one) is delicious.

Individually, these singers are wonderful, but together they’re a toe-tapping, thigh-slapping thrill. Watching the three women washing That Man Right Outa My Hair may make you want to stand up and cheer. This revue is essentially a Rodgers and Hammerstein megamix, but when delivered with such infectiously enthusiastic aplomb by this superb group of musicians, you’re dangerously close to leaving the venue humming (maybe skipping) and agreeing emphatically with the show’s title.