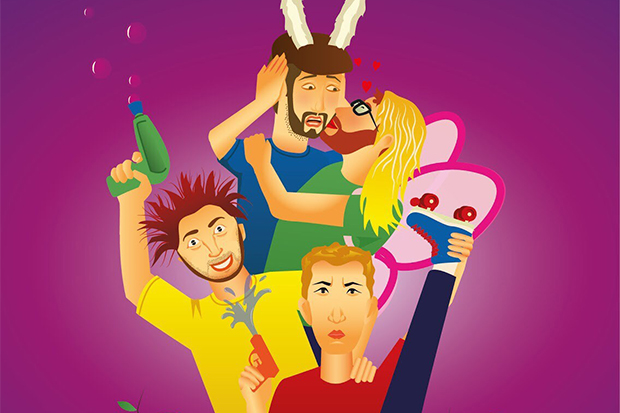 If seeing ‘authentic’ Shakespeare is your thing then it’s time to forget all those £47 a head tickets for the Globe on the South Bank and rush, instead, to catch Rubbish Shakespeare’s A Midsummer Night’s Dream at Pleasance.

Unlike most ‘proper’ productions of this play you will not encounter busloads of bored children who have been dragged along because the text is on their GCSE curriculum, but instead an audience of delighted youngsters actually enjoying Will’s words – plus a few extra lines he probably wishes he’d written in the first place.  (For example: ‘My love, my wife, my bag for life’ or ‘Avaunt, Lasagne!’ ‘What?  Get thee back, thou Pasta!’)

The Dream, as thesps affectionately call it, has the potential to be one of The Bard’s funnier productions, though it rarely raises more than a few laughs on many a stage these days. But today’s Rubbish production successfully puts the C back into Shakespearian Comedy and present the play in a way in which Shakespeare himself would surely have fully approved.

Not since Ronnie Barker took on the role of Bottom in the 1970s have there been so many laughs at a 400 year old play.  It’s fast, it’s very, very funny, but the production still manages to remain startlingly true to the original text, raising the question that most theatre companies’ reverential approach is perhaps killing the very thing that they seek to preserve.