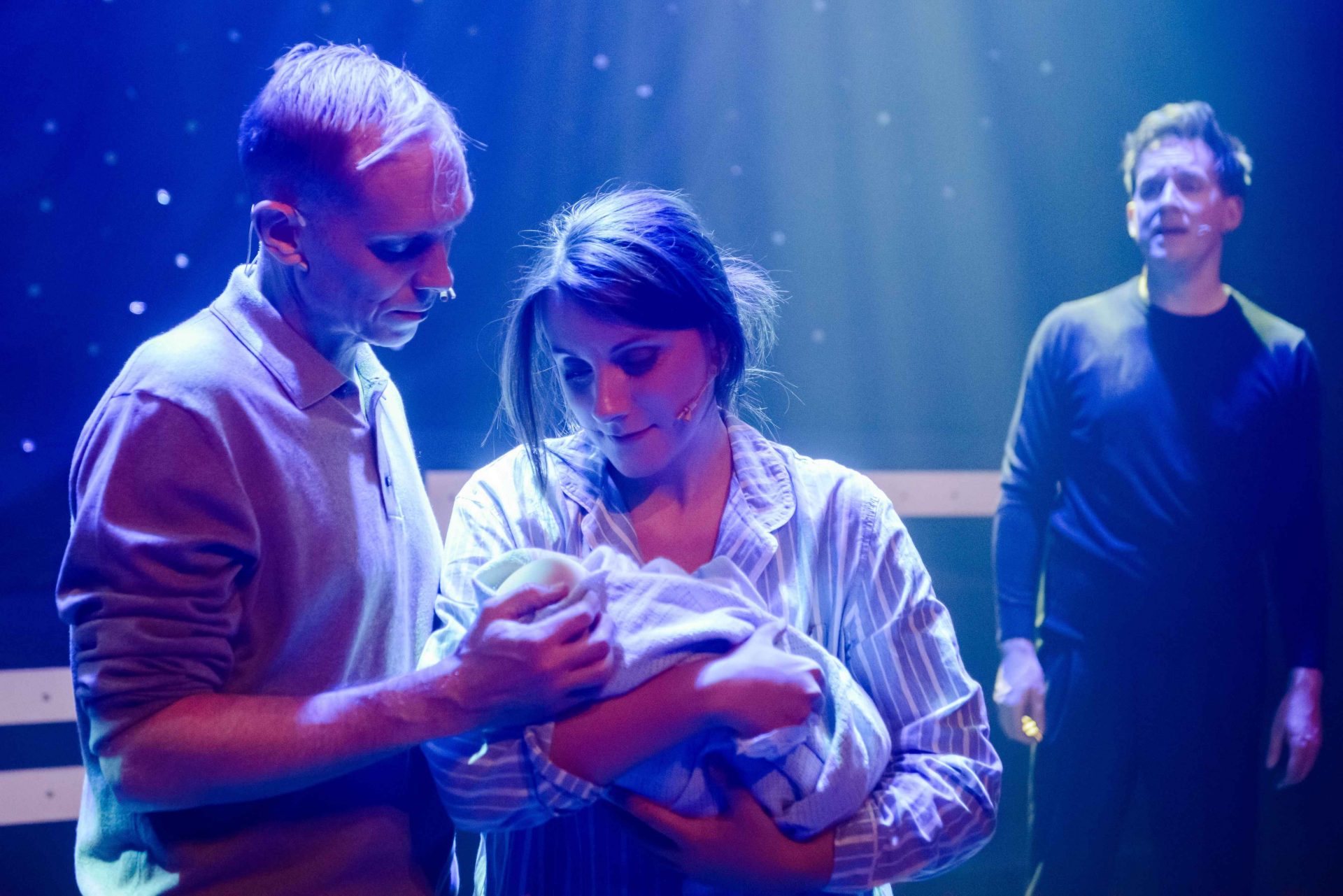 Musical about new parenthood has comedic highlights but feels inconsistent

takes a leftfield and ingenious turn

A New Life focuses on Robbie (Simon Donaldson) and Jess (Kim Shepherd) – a millennial couple who are unexpectedly expecting and who face many of the challenges new parents are confronted with.

The show begins with dialogue between the two central characters that is much more engaging than its opening musical number. We’re finding out about their careers, their personalities, and their dynamic, and the song seems to get in the way of this a little. The idea of new parenthood isn’t ground-breaking content in itself, but Robbie and Jess are likeable, and the humour is effective and at its best when it’s particularly acerbic. There’s the feeling of a familiar sitcom, which makes for cheerful viewing – even if the set is a little distracting, feeling unfinished (unusual for a Tron Theatre production).

However, just as it seems we can predict where things are going, A New Life takes a leftfield and ingenious turn as Jess gives birth to a grown man (Stephen Arden). He crawls, he burps, and he yells, but he also scathes, quips, and throws sarcastic comments at his parents who have no idea what he’s thinking. The surprise dramatic mechanism turns the show on its head and is a welcome comedic relief from some of the neither-here-nor-there musical sections. His incessant tap dancing also becomes a clever symbol, conveying the relentlessness of parenthood.

The show then pivots again as we shift into darker territory. As Jess struggles with her new life, it becomes apparent that she is suffering postpartum depression. The show becomes stronger for mining this topic when it could have so easily rested on surface laughs and stereotypical parenting scenarios.

Still, A New Life has incongruous elements. The songs are poppy and occasionally twee, and at crucial moments this undermines the seriousness of the content. It almost makes us wonder if this shouldn’t have been a musical at all, but rather a straight play. However, Shepherd is a standout in her protagonist role and it’s hard not to be impressed by her vocals. The show leaves us with plenty of heavy ideas to consider – mental health, motherhood, and relationships – but is a mixed bag in terms of its presentation.