This deeply moving and thought-provoking one-woman show captivates audiences at the Just Festival.

Acting Alone is a poignant, witty, and compellingly thought-provoking one-woman piece that defies all norms. It ingeniously goes against audiences’ expectations regarding both the theatre art-form itself and the handling of the overly yet ineffectively debated topic of the sufferings of Palestinians.

Supported by Amnesty International and Arts Council England, this piece is created by performer/writer Ava Hunt. She uniquely weaves bone-chilling stories of her visit to refugee camps in the West Bank  and questions if one person alone can make a difference, with hilarious bizarre personal tales of touring as an actor and performer.

Acting Alone does not just simply follow Brechtian techniques in breaking the fourth wall and provoking in audiences a rational self-reflection and a critical view of the action on stage, but questions the very core of using art as a platform to shed light on problems in the first place. Would theatre really instigate audiences to go forth and effect change in the world outside? Or would this piece take empathy with the harrowing experiences of Palestinians under occupation, but without taking any kind of real action to stand-up against the governments supporting such illegal Israeli settlements? A pivotal line in the dialogue is when Hunt herself asks ‘Is it Acting or Activism’ that can really bring upon change?

Hunt’s profound acting talent of seamlessly switching between different personas adds to this powerful performance by punctually using her facial gestures, vocals, and body movements to shift between performing herself and other characters such as portraying activist Rachel Corrie as she stood up against the Israeli armoured bulldozer before it killed her. Such a scene leaves viewers in heart-breaking stillness, while showing how director Tilly Branson succeeds in presenting a simple stripped-back piece that does not need huge production sets, props, and costumes to fulfil its goal of triggering both deep compassion and inspired action in audiences. The soundtrack also enhances the play’s key emotional moments at the right time with Palestinian instrumental music reflecting sorrow yet hope within its notes.

This fringe performance is part of Just Festival which aims to challenge perceptions on the world’s key social issues. Such mind-stimulating show even questions viewers’ perceptions of the UN itself and whether its seemingly humanitarian assistance to refugee camps is solving the problem or sustaining the status quo. This provocative performance is simply essential for all of us to experience. 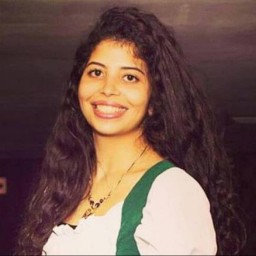 A haunting, dystopian vision of isolation and the desperate need to feel close to others