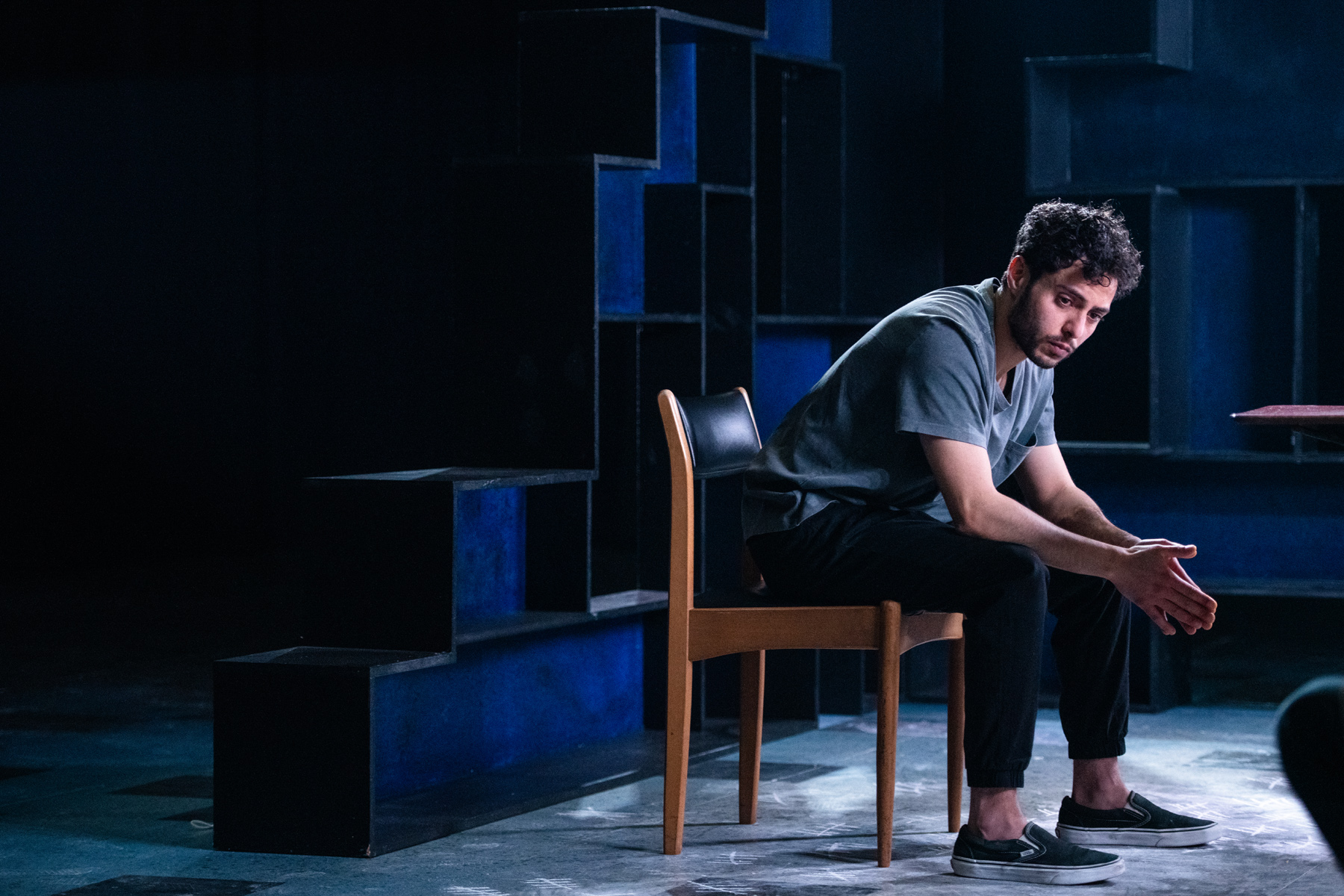 A harrowing yet hopeful story of acceptance

Since its first appearance at the Fringe back in 2017, Frances Poet’s Adam has become a celebrated piece of Scottish theatre. Over the past year, through Ghost Light and the Shedinburgh Festival, audiences can be able to catch glimpses of the original production. Now, thanks to the BBC and a collaboration with Hopscotch Films, audiences are treated to a televised re-interpretation of the award-winning drama.

Based on the real-life experiences of performer Adam Kashmiry, Adam tells the story of a young individual trying to reconcile with his trans identity. While waiting for a decision on his asylum claim, Adam looks back to his life in Egypt and his reasons for coming to Britain. The harsh, cold light of his Glasgow flat contrasts with the warm glow of Alexandria. And yet, in his home city, Adam finds himself unable to express his true self for fear of violence or rejection.

That doesn’t mean to say that Scotland welcomes him with open arms. A running theme throughout Adam is the trauma that comes with having your identity repeatedly scrutinised or denied. The interrogation scenes between Kashmiry and Neshla Caplan as an asylum claims officer are painful to watch, with her spiteful use of “Miss” to refer to Kashmiry being incredibly cruel. Her callousness towards Kashmiry almost feels excessive, until you remember how trans individuals are abused and misgendered on a daily basis – just go and look on Twitter. Even his mother’s pet name “princess” is jarring, reinforcing Adam’s belief that he can never be accepted in his home country or even his mother tongue.

Amongst all this, Poet somehow finds a way to add humour to a largely harrowing narrative. Thanks to Myriam Acharki’s performance as Adam’s affectionate yet snarky mother, viewers are offered some reprieve from Kashmiry’s hardship. The beautiful final scene between them both not only offers hope to Kashmiry, but closure to what has been a long and difficult journey.

At times, this adaptation suffers from its own identity crisis. While it’s been advertised as a re-interpretation for television, it struggles to decide whether it’s a televised adaptation or a recording of a theatre production. Kashmiry’s projection and diction feel very theatrical – as does the set and light design – and yet the stylised close-ups and scene transitions are the opposite.

Nevertheless, the filmed format allows for Yasmin Al-Khudhairi’s presence to feel more organic. The brief glimpses of Adam’s “Egyptian” self aid the audience in visualising Kashmiry’s journey and begin to understand just how complex transitioning can be. When an already distressed and unstable Kashmiry finds himself confronted by Al-Khudhairi in his Glasgow flat, we are given insight into his internal struggle – with himself, his family, and society’s repeated denial of his identity. Al-Khudhairi and Kashmiry are an excellent pairing, beautifully articulating Kashmiry’s soul in conflict with itself. For even though he knows who he is, he needs to fully accept himself before his transition can truly begin.

Adam is a story of searching for acceptance in one’s self and in those around you. The rawness and vulnerability in Kashmiry’s performance is all the more remarkable by his willingness to share his real experiences on a national platform. Trans lives matter, and it’s important that we allow their stories to be told.