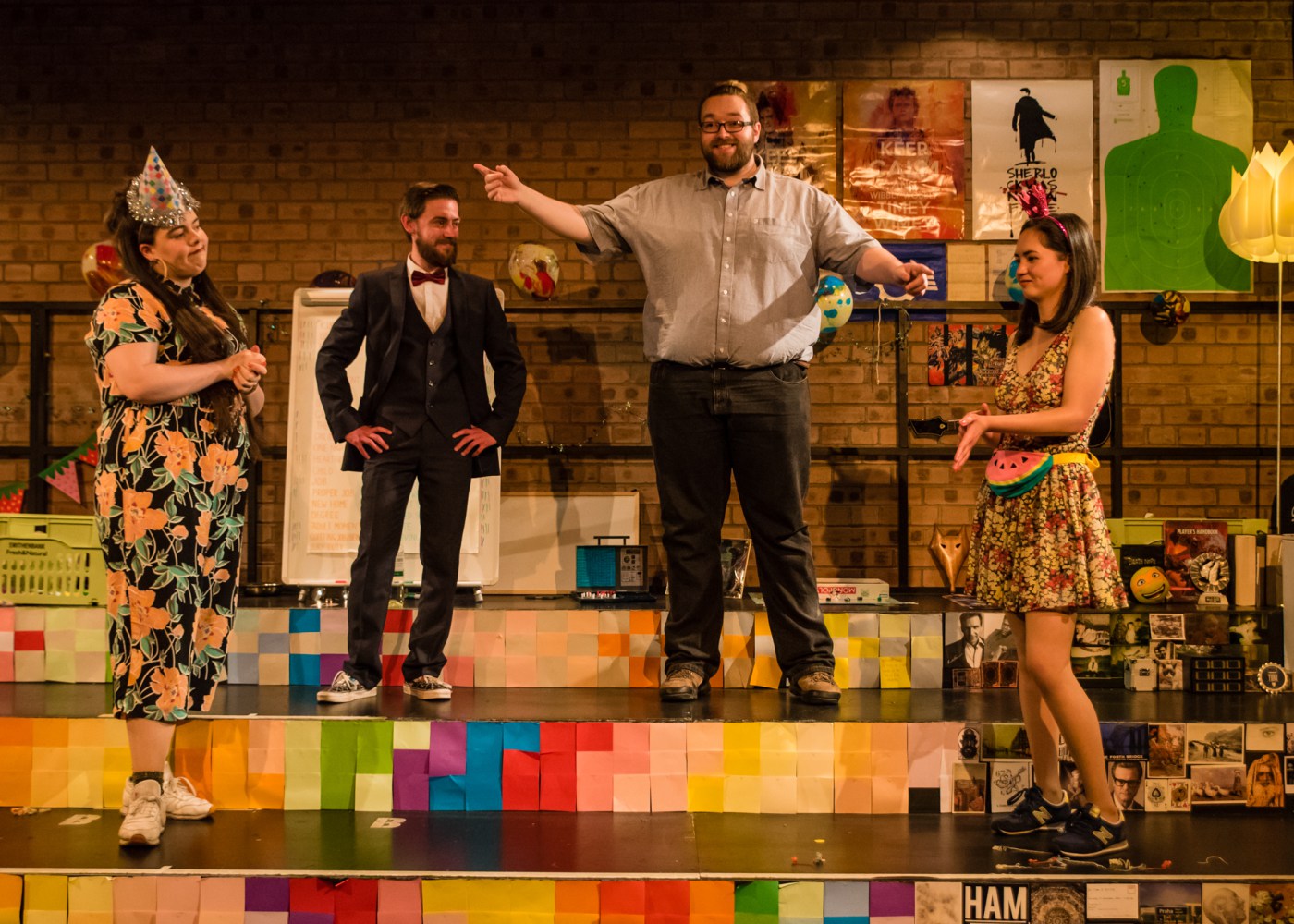 More development, explanation and flexibility needed from this young company.

Four twenty-somethings debate whether they are “adult enough”, having compiled a list of the things they feel every self-respecting adult will have done already, such as getting a job, followed swiftly by getting a “real” job. Each of the quartet are at different stages of this becoming an adult process, and talk through some of the experiences to date that have made them into the adults they are today (or not as the case may be).

The audience are asked to participate by counting up their own list of adult achievements, and so the show is off to a promising start. Unfortunately, all too quickly, it becomes a little self-indulgent and woe-is-me, and the reasons why the twenty-something generation are all too often chastised in the media become clear—every cast member describing themselves as lazy, for example.

But Anthony Byrne, Grant McDonald, Jacqueline Thain and Catherine Ward-Stoddart, who make up Spilt Milk, perhaps do themselves a disservice as, amongst other work, setting up a theatre company and doing an Edinburgh Fringe run are no easy feats!

In an ode to the transition period between childhood and adulthood, the set is a play area complete with ball pit and wacky props. However, the subject matter is often much deeper, yet never fully explored. And it is this lack of development that ultimately holds the piece back. The list at the beginning is a good idea, but it is never returned to, expanded upon or explained in much detail. Why are these particular items the ones which are chosen, for instance?

The audience are again invited to participate when they are asked what they might want to tell their younger selves now, but once again this is left almost stand alone: the cast continue on with their script, which would be better if it were both more flexible and more improvised.