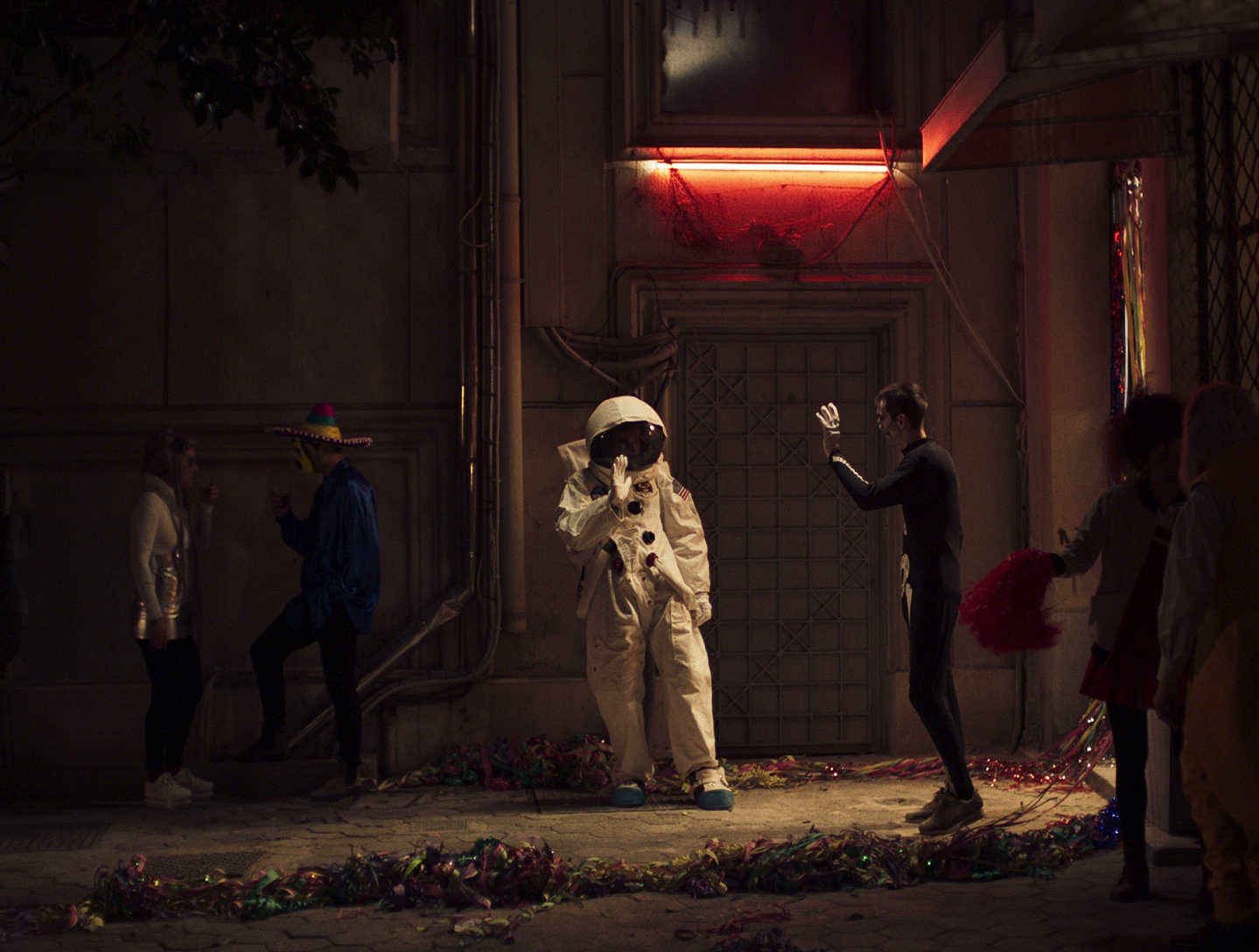 Disorientating delve into memory and identity from Greece

The Athens of Christos Nikou’s Apples is a distorted mirror of reality. Its inhabitants are besieged by a similar pandemic that is facing our own society, but instead of menacing immune systems and claiming lives prematurely, this pandemic simply deals in amnesia. Aris, the middle-aged protagonist of Nikou’s disorientating black comedy, is one such sufferer who suddenly finds himself unable to recall a single fact about his own life.

With no papers to identify him and no family members coming forward to claim him, Aris is shunted onto the state’s ‘New Identity’ programme. This consists of setting him up in his own lodgings, equipping him with an instant camera and asking him to create fresh memories, documenting his progress via photographs as he goes. Assignments include riding a bike, driving a car and having a one-night stand; the progression of these tasks from childhood through adolescence and into maturity is accelerated at fast pace, with the aim of triggering memories that will reveal clues into Aris’ old identity – or simply fashioning himself a new one outright.

The film is shot in beautiful colours, careful framing and a pace that feels languorous and deliberate without being plodding. The Athens on screen looks supremely familiar but strangely nostalgic at the same time, with outdated gadgets like cassette players and Polaroids playing prominent roles. Something feels a little off, though it’s not easy to pinpoint exactly what is amiss in this out-of-kilter environment.

That unsettling atmosphere is compounded by Nikou’s tendency to plant seeds of suspicion in the narrative, as well. Having worked alongside Yorgos Lanthimos on Dogtooth, it’s clear that the auteur’s penchant for ominous inscrutability has rubbed off on his colleague, with Nikou including plenty of suggestions that not all is well in the state of Greece. Between his doctor’s almost inhuman voice, Aris’ insatiable addiction to apples and his kneejerk rejection of recovering his memory, the audience is invited to speculate about what is really going on here. A government programme to brainwash its citizens? An individual so psychologically damaged that he wants to run away from his past? Or simply a society that’s afflicted by an inexplicably collective loss of memory?

To its credit, the film doesn’t commit itself too strongly to any of these outcomes, with only faint nods in each direction allowing the viewer to weigh up their own explanations and arrive at their own conclusions. There are also plenty of opportunities for the kind of humour that populates Lanthimos’ work – by turns gentle and acerbic – which help to keep the flow of the film engaging and prevent it from becoming lost in its own metaphysical machinations.

That’s not to suggest that Nikou’s style is overly indebted to Lanthimos; while the two share undeniable similarities (which may well belong to a wider, weirder pantheon of Greek cinema), there’s plenty to differentiate his own unique approach to the film. The narrative uncertainty, philosophical ponderings, cinematographic elan and flashes of droll comedy make it a highly compelling debut that’s sure to linger far longer in the memory of its viewers than its subjects.