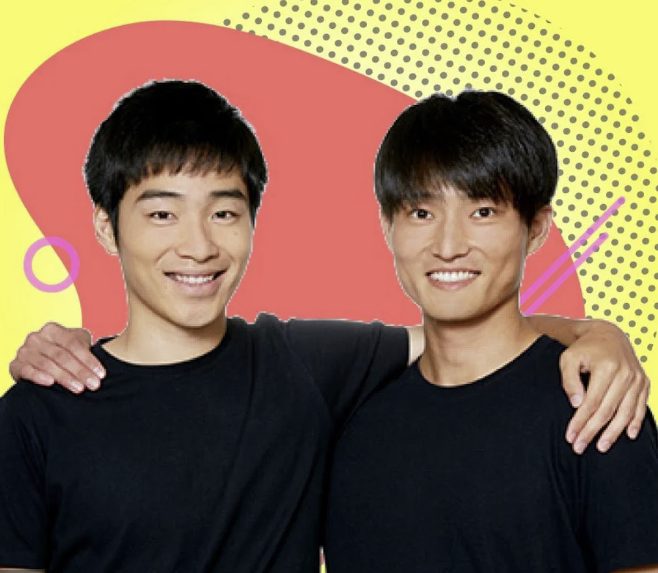 JalJal, also known by the moniker Jaru Jaru, are a comedy duo from Japan consisting of Junpei Goto and Shusuke Fukutoku. Popular on Japanese TV and with several international shows under their belts, the pair have been performing together since 2003. This nearly two decade partnership has resulted in a very slick and intuitive act.

Their ARIGATO show is improv in its purest form, with audience participation resulting in the choice of skits being a complete lottery. They gather a jumble of adjectives and nouns from the audience to decide the title of their skits.  At times the show is utterly bonkers, but certainly not lacking in variety as the JalJal pair seamlessly and swiftly move from acting out absurdities such as a ‘frenetic toaster’ to an ‘inflatable turtle’. The audience is left wondering how on earth the pair can anticipate each other’s actions, but they are so accomplished that even references to other parts of the show are also enthusiastically incorporated and, from the very first act, the laughter rolls around the room.

The bilingual Japanese-American compere provides the necessary translation of each task for JalJal; a comic element in itself as she translates absurd phrases into their Japanese equivalent and serves as a necessary link between sketches. Despite the duo’s supposedly limited English, they manage to incorporate dialogue into many of their skits. Nothing is lost in translation and the audience is reminded that comedy is a truly global art form that needs few words to work.

This show is great family viewing and despite a few  opportunities, doesn’t stray into risqué material. The sketches often end with a clever twist before the pair give a typically Japanese bow and thank you – ‘Arigato’!