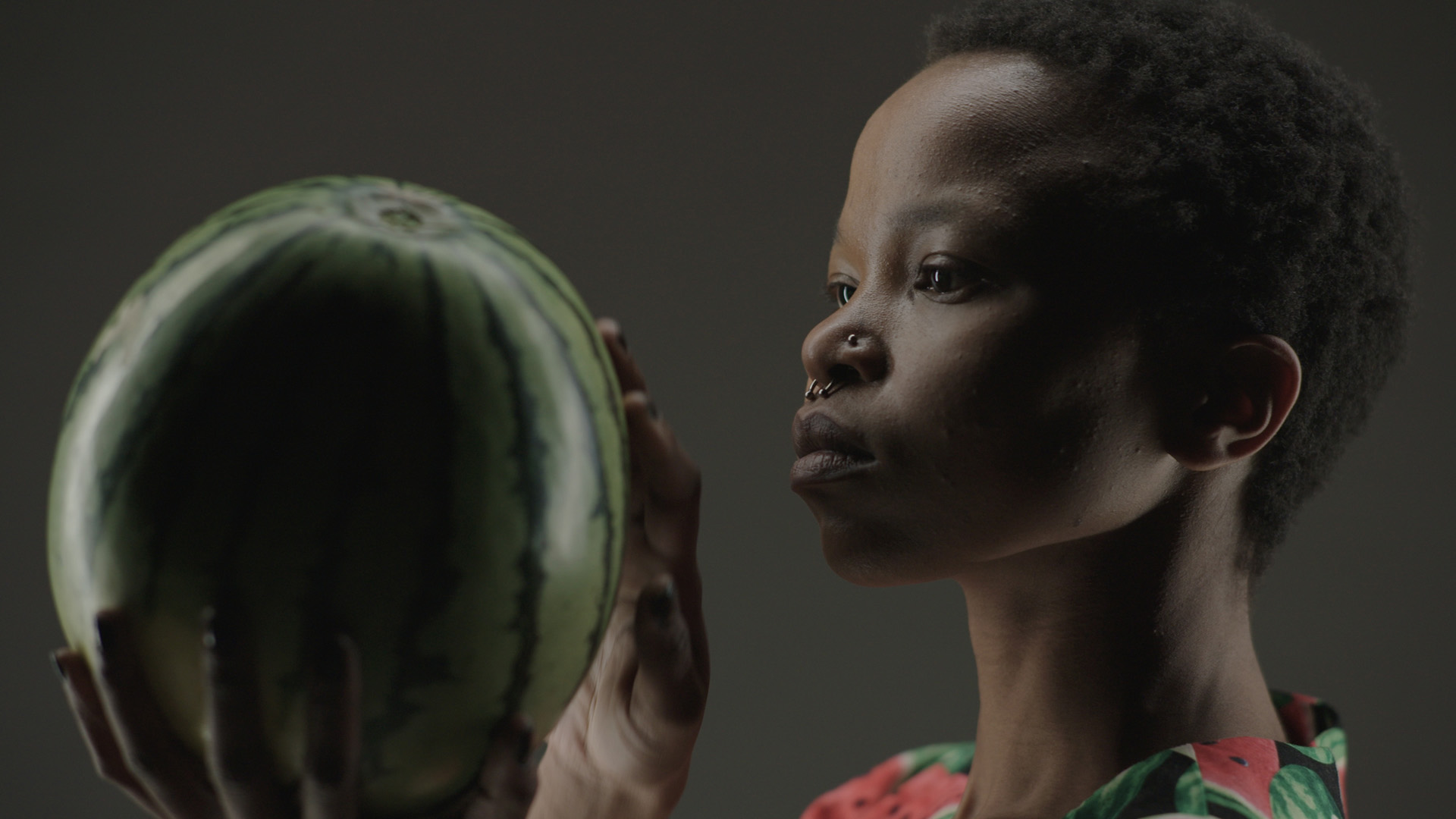 as british as a watermelon

Theatre is often a place where people come to dissect and process their trauma, with the artform offering a cathartic release for performers and audience members alike. In as british as a watermelon, a spoken-word performance that forms part of Edinburgh International Festival’s Refuge series, mandla rae seeks to delve into heavy themes of asylum and abuse, though barely breaks the surface.

The stage design is minimal. Strobe lighting outlines the perimeter of a small room within the large empty space of the Festival Studio’s main stage. At the centre of the room is a workbench covered in various tools – hammers, screwdrivers, knives – and watermelons. The fruit becomes mandla’s focus while recalling the past, one minute being a plaything for young mandla, the next representing spilled blood and open flesh.

There are many facets to mandla’s narrative. As well as overriding themes of religion and colonialism, mandla recalls coming to the UK as a child, being the victim of abuse, and being interrogated on questions of identity and sexuality. With so much to tackle in only an hour, many of these themes are only fleetingly discussed. It is also a fragmented, at times directionless, narrative, with the performer jumping between the past and present, Zimbabwe and different parts of the UK.

Certain themes are given more attention than others, and it’s here where mandla’s voice really comes through. At the centre of the show is the actor’s relationship with Christianity. The show begins with mandla slowly reciting the Lord’s Prayer, stressing and repeating certain words such as ‘power’ and ‘forgive’. When first addressing the audience, the actor claims to have risen from the dead; what mandla means by this is not immediately clear, though as the performer begins to recall the life of Bridget – the name given to mandla at birth – it seems the comment signals mandla’s return to a past, dead self. mandla’s profound knowledge of the Bible leads to some striking observations about Christian teachings, with the actor unafraid to criticise the cruel nature of God. Equally thought-provoking are mandla’s ruminations on colonialism. Though the actor initially jokes about how white the name Bridget is, mandla’s admission of purposefully mispronouncing and eventually abandoning the family’s surname while in Britain is striking.

The toll of mandla’s Adventist upbringing and the weight of colonialism are compounded by the performer’s personal trauma. Throughout the show, the violent nature of mandla’s upbringing is underscored by the stabbed and smashed watermelons left on the floor, along with scars pointed out to us with a knife. For the most part, however, mandla skirts around major distressing details. Though the show’s programme explains that this is to avoid making us feel uncomfortable, in some ways what is left unsaid is even more unsettling. In turn, these cryptic anecdotes, paired with the slow, relaxed pace of mandla’s monologue, make it difficult to tie the strands of narrative together.

In spite of all this, mandla charms the audience with a magnetic personality. The performer’s playful interactions with the audience offset the discomfort caused by the show’s difficult themes, preserving a sense of innocence. There are many humorous moments to ease any tension, and the resilience that mandla shows in discussing the past highlights that the performer is worthy of the new name ‘mandla’ (meaning power).

Despite its structural flaws, mandla’s charm and ability to connect with the audience makes as british as a watermelon a worthwhile experience.