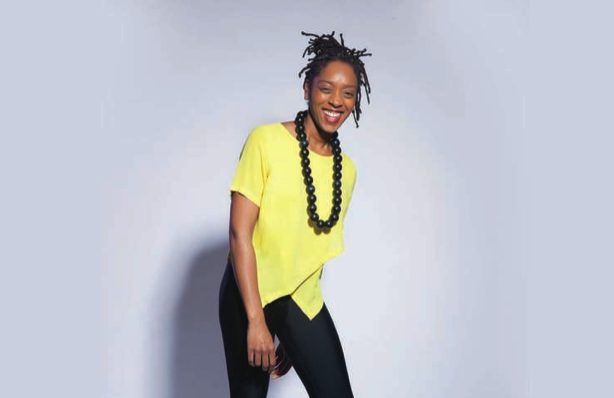 Likeable and skilled comic steers clear of anything too hard-hitting in this safe show.

A likeable and skilled performer

Athena Kugblenu has made some mistakes in her life. Nothing too egregious – the kind of late-night drunken bus vomit with which many of us can empathise with even if we don’t directly identify. But these, she asserts, would probably preclude her from running for serious political office; something which she has contemplated in the past. Her show for the 2018 Festival Fringe, Follow The Leader, points out that these sort of mistakes and embarrassments exist in every leader’s past, and that we should, perhaps, take a more nuanced approach during elections.

Her audience tonight are quiet and polite, which makes it hard for Kugblenu to whip them up into frenzied enthusiasm about anything much. She copes with that well, though, switching easily into a more gentle and conversational cadence, and asking most of her questions rhetorically. She’s self-deprecating when she needs to be, but she’s confident enough in her material and in her skill as a performer that she’s never apologetic.

Some of her strongest material concerns her mixed Indian and Ghanaian descent, and the way in which that influences people’s prejudices against her. That naturally expands to a discussion of wider-ranging prejudices and racism, but Kugblenu doesn’t take a deep dive into any of it. For a show whose central tenet is the theoretical creation of a new type of political candidate, Follow The Leader actually steers surprisingly clear of any hard political discussion.

There are a few hack lines (a short routine about bags of nuts with the warning “May contain nuts” is Christmas cracker-level stuff), and some of her sections are awkwardly London-centric: mentions of the congestion charge and the difference between North and South London are likely to get the cold shoulder with Fringe audiences. The show culminates in a short bit of PowerPoint that doesn’t really land. It’s a disappointing finale, especially because the rest of the show is generally much stronger. Nonetheless, Kugblenu is a likeable and skilled performer, and the best bits of this show are very good indeed.