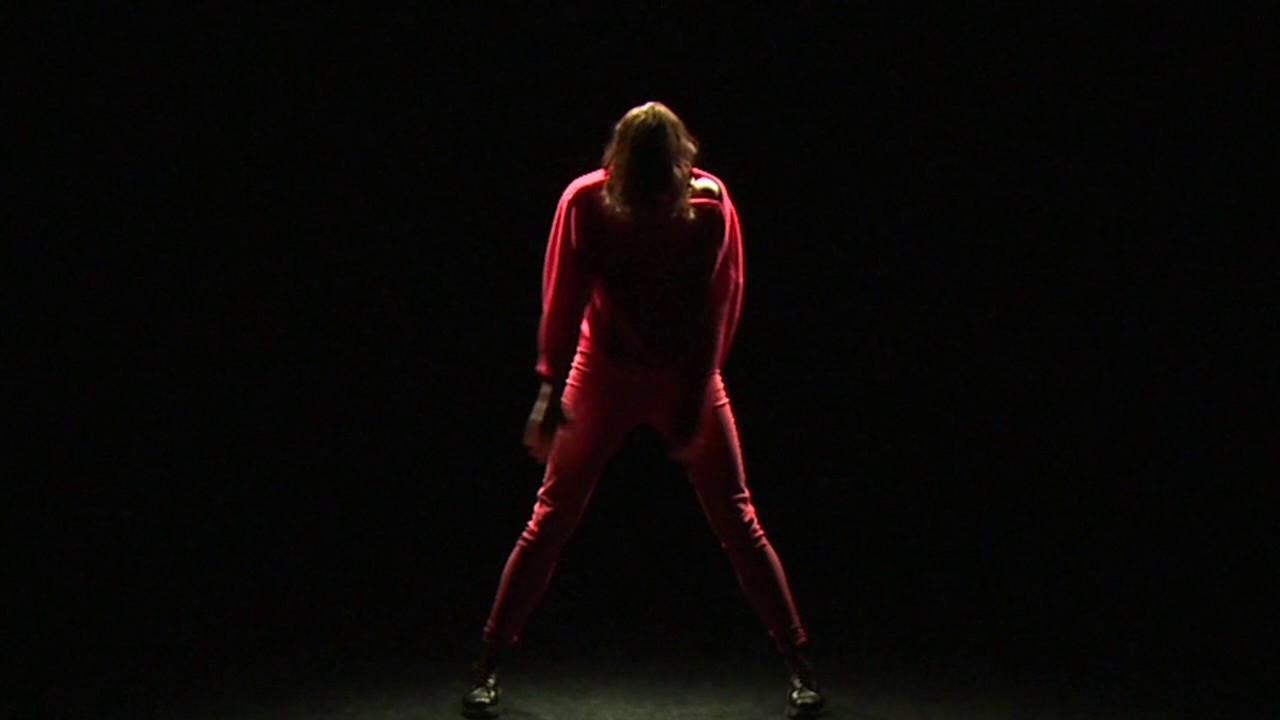 Atomic 3001 is a product of the triumvirate which is Leslie Mannés (choreography, performance), Sitoid (original live music) and Vincent Lemaître (light design), all based in Brussels. It was created in 2016 and has been touring Europe since then. Having worked with Ayelin Parolin, who is herself performing here at the Fringe, and no doubt having watched the more renowned L-E-V and Wayne McGregor, it is not surprising that she is in the same minmalist, deconstructed dance camp.

Mannés explains exactly what her work is about in the programme. It is a “futuristic ritual in which she is subjected to a perpetual, unyielding pulse…(a) primitive drive for survival.”  It is interesting that she places herself in the third person because during the first 10 minutes of so of the piece the lighting means that she has no face, and, later on, her hair is often hiding it. In terms of being separated from herself, that is part of the aim, to be brought to “exhaustion, trance and incandescence.” The alienation this implies is also cited in the blurb.

She is, we are told, manipulated by the music, which is insistent, electronic and loud. Also that she is burned by the red lights. The scarlet jumper and jeans, the extreme headbanging don’t help keep her cool either. She will have attained incandescence after a short while, if by that she means the heat emanating from her! Not only is her face hidden, but for a long time she has no abdomen – no centre, and no feet – no contact with the ground.

Ritual dance and raves are, commonly, group experiences; the close juxtaposition of other bodies and shared fervour, both in tribal dance and techno, are what causes the frenzy. This, however, is in front of an audience who sit, stony faced and unmoving, while watching the dancer reach for and recreate some sort of out-of-body state on her own. It is like sitting in front of someone being tortured, worse, torturing herself. The self-harm of hitting, thrusting and shaking her head like that, the wear and tear on those joints from so many repetitions, is shocking.

Having said that, she appears strong, a veritable scarlet Amazon. Like a whirling dervish without the spiritual context, like a shaman without the divination or healing; and more like the contemporary sweat lodge visitor who is there for a personal detox, it is otherwise unclear why Mannés is putting herself through this except that she obviously likes doing it – she beams at the end. Applause is necessary to recognise her commitment.