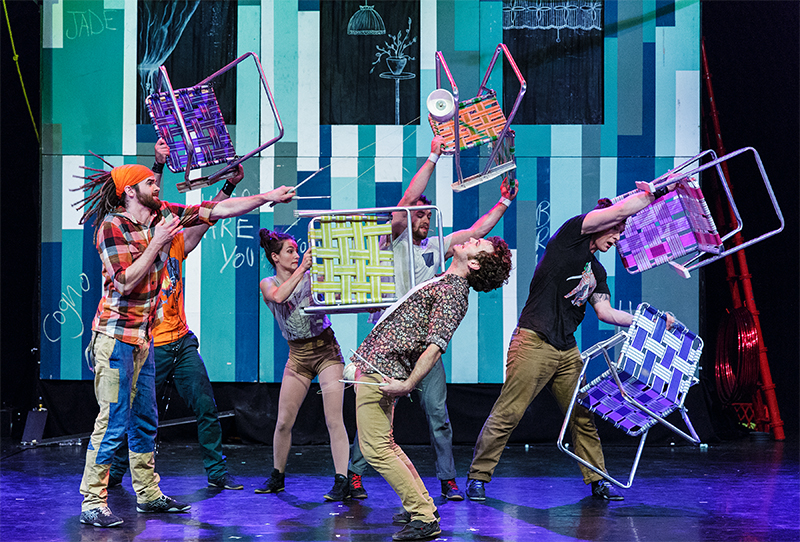 An amazing circus performance that will catch all the audience's imagination

Brought to Edinburgh by Flip Fabrique, a Quebec based company, Attrape Moi, translating as Catch Me, is an amazing circus performance that will catch all the audience’s imagination, no matter what your age.

Reuniting after a decade, this group of six friends made up of five guys and one girl are top-class athletes  at the pinnacle of their game. It’s more than a series of skillful acrobatics. There’s an underlying question to the piece as to ‘what are the strings that link people together made of?’ There’s no questioning what the answer is and that for these group of chums, it’s trust, friendship and a common bond of circus skill and training required to perform these death defying tricks with apparent ease.

The beautiful aerial strap routine is so graceful, like watching a ballet in the air and top marks to the unseen ‘rigger’, who is as much a part of this piece as the acrobat. The feats this troupe perform are daring and precise but done with huge smiles, laughter and clowning at its best. The humour transcends all generations.

This show has energy, ultimate skill, slap-stick humour – which the children in the audience love – and tricks you definitely won’t want your kids to try at home.