Austra’s revolving door of musicians – with vocalist, writer, producer and composer Katie Stelmanis at the epicentre – return with their fourth album HiRUDiN: a synth pop voyage defined by its blissful interplay between the organic and the synthetic.

Austra, founded in 2009, have accrued significant international acclaim since their 2011 debut Feel It Break. Described as an “experiment in vulnerability and collaboration” by Stelmanis on Twitter, HiRUDiN explores a more corporeal aspect of the band’s sound.

HiRUDiN diverges from the colder trappings of 2017’s Future Politics and puts Stelmanis’ vocals front and centre, often in lush harmonies and countermelodies building to Disney-esque crescendos. The verdant compositions are richly organic and, with few exceptions, sound as though they germinated from a singular musical seed. Percussive strings and jabs of piano punctuate the warmth to lend the album a subdued urgency, accentuating the mercurial atmosphere.

It’s Amazing stands out as a highlight in a crowded field. Stelmanis’ vocals almost verge on the overwrought in the brief introduction, but fade back as synthetic strings build over the stately piano of the verse. Warbling electric keys lend the titular vocal passages a woozy beauty that invokes the cinematic march of the chorus, capturing the inspirited journey, from subtlety to grandeur, of a rousing movie trailer. The track fades to delicate flutters of synth and piano, like spring birdsong, before drifting into a sublime silence. It’s almost surprising to find it two-thirds of the way through the album rather than at its finale.

Some of the more interesting instrumentation is found in the shorter vignettes. The stuttering synths and dissevered vocals on Your Family intertwine beautifully into a divine soundscape, made all the more striking by its brevity. Interlude i’s eerie pizzicato and the trembling, tender brass on Interlude ii are welcome gradations between the enchanting arrangements.

At times the production can overshadow the songwriting. The rococo children’s chorus on Mountain Baby detracts from the buoyant piano riff and Cecile Believe’s subby and sinister chorus. The same can be said of the PC music pitched-up vocals on Risk It, which overshadow the infectious beat and staccato brass hook. These moments are sparse across the album’s brief 34 minutes and not enough to mortally wound.

Stelmanis is leading among her peers in creating beautiful, enveloping electro-pop. HiRUDiN is a tactile and satisfying listen – one to be enjoyed rather than analysed. 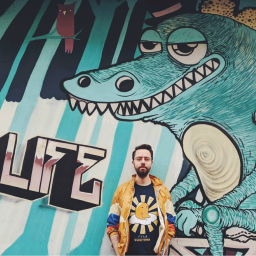 Introspection and retro influences make for a satisfying album