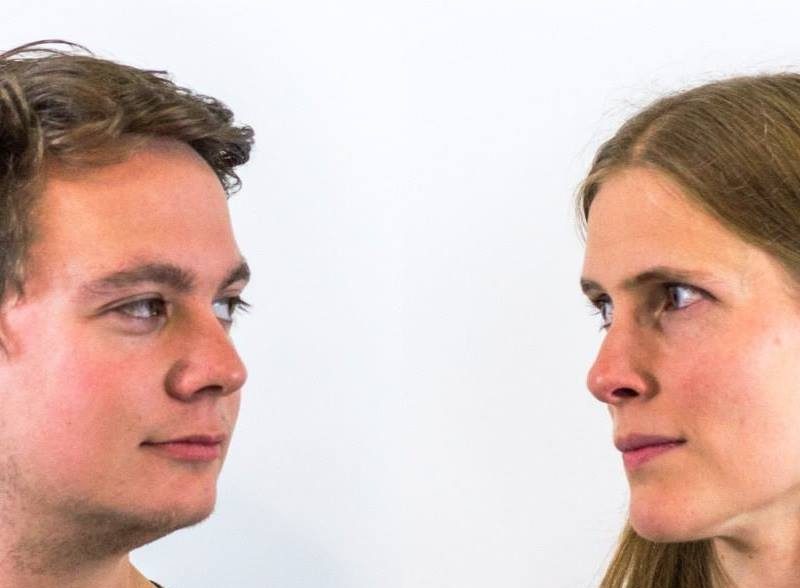 Between Us is an improvised play from Rachel E Thorn and Alex Keen. The actors ask the audience to shout out interesting facts about an Alex or a Rachel they know in their personal life. They then pick an interesting quirk and spin that into a 45 minute long play. In itself, this is impressive. As an artform this is very difficult. But the pair manage it with panache.

The night I was in attendance Rachel, was an astrophysicist by day and a pole dancer by night. She meets Alex on a date, but doesn’t tell him that she’s a pole dancer initially. Eventually, when she shares this fact, Alex is torn. He wants to be supportive of the woman he likes but struggles with his own distaste of the hobby. A lot of improv is funny, as was this. But the actors surprisingly managed to also insert intensity into it. It turns into a show about how people are judged for the professions they may pick which cast them in a certain light. There is interesting dialogue about the ‘philosophy’ of pole dancing as Rachel sees it. Also, it ends up showing the nature of new relationships, where another person is still unknown and therefore, still not understood.

There is an underlying structure to the show with alternating acts of dialogues and monologues. The actors Thorn and Keen share excellent chemistry on stage. They pick up on each others cues, look to predict what the other might say and hold the scenes together really well. Understandably, there are scenarios where one of them looks a bit lost for words. But this doesn’t take away from the overall performance at all. The fact that it is going to be a different performance each night with the promise of great acting is sure to appeal to most audiences.