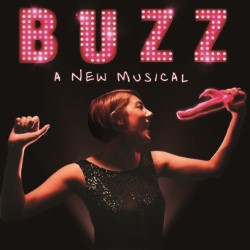 Buzz brings filth at the Fringe to a new level.

Buzz brings filth at the Fringe to a new level.

The fringe is perfect for shows that are a bit out of the norm and this year is no different. Buzz brings filth at the Fringe to a new level with a singing, dancing, comedy musical about the history of vibrators. Presented by Fat Rascal Theatre, the show is smart, funny and entertaining covering issues many women (and even some men) can identify with and probably have been there themselves at some point without being stereotypical. Buzz carries a great message for the single ladies trying to be modern women in the face of society’s expectations and laughs for everyone no matter what gender you are.

The story of a girl who get dumped by her boyfriend is successfully mixed with historical song and dance including cavemen and Cleopatra. With a simple but effective set, the actors do a fabulous job drawing the crowd into the sometimes uncomfortable subject matter of sex, sexuality and women with great songs you can’t help but sing along to even after the curtains have closed. Live keyboard and plenty of music from original tunes to recognizable songe you’ll want to get up and dance to, the choice in music couldn’t be better.

The cast not only can sing and shake it, but are believable as young women just trying to figure it all out. They’re just flamboyant enough for the subject of the show. Angie, played by Allie Munro, is a fitting lead managing to be both awkward and endearing with an excellent voice. The men in the cast do a great job as well with quite a few scenes taps aff. They also happen to be great sports as a few women cat call from the audience at various points. A great message, big laughs, tunes and a bit of debauchery. Buzz ticks most boxes for a Fringe show worth seeing.

Buzz is a great evening show to take your pals to for a Fringe night out. Well, the filthy ones at least.