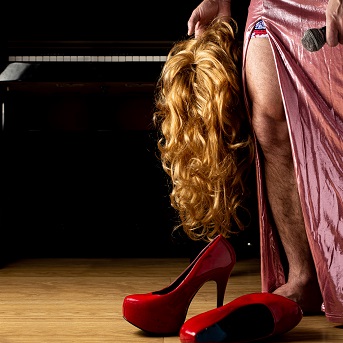 An interesting but brief exploration of masculinity and attraction

Candy is a one-man play about Will (Mike Waller) – an English working-class white man who fulfils several stereotypes but struggles when his ideas about love and self are challenged. At 22 minutes, it’s a concentrated story that plunges to the crux after a slightly confusing prologue. Will is invited to a gig by best mate Billy who is performing. However, when Billy appears on stage, Will is flummoxed. Billy is now Candy, strutting into the spotlight as his drag persona. The protagonist is struck with love at first sight and proceeds to struggle with the pull between logic and emotion; desire and confusion.

Waller performs with intensity, traversing London’s Blue Elephant Theatre space and shifting between manic energy and quiet reflection. His muddled Liverpudlian accent is a little distracting at first, but he succeeds in portraying the troubled character – a man battling with his identity and pushing against his attraction to Candy. It’s an interesting concept. Will doesn’t seem to be attracted to Billy physically. His adoration of Candy is based on her femininity – at one point he carefully describes her traditionally female physique. However, he is frightened of these desires. What does it mean to be “in love” with Candy? Is he gay? Is he also in love with Billy? Is he losing his mind? Or his masculinity?

The story unfolds succinctly and is performed with commitment. The recording has high production value, too, feeling more like a short film than a play. Perhaps proceedings end a little abruptly; Will’s arc doesn’t quite feel complete as he is left in limbo without resolution. However, Candy is a neat piece that doesn’t outstay its welcome.