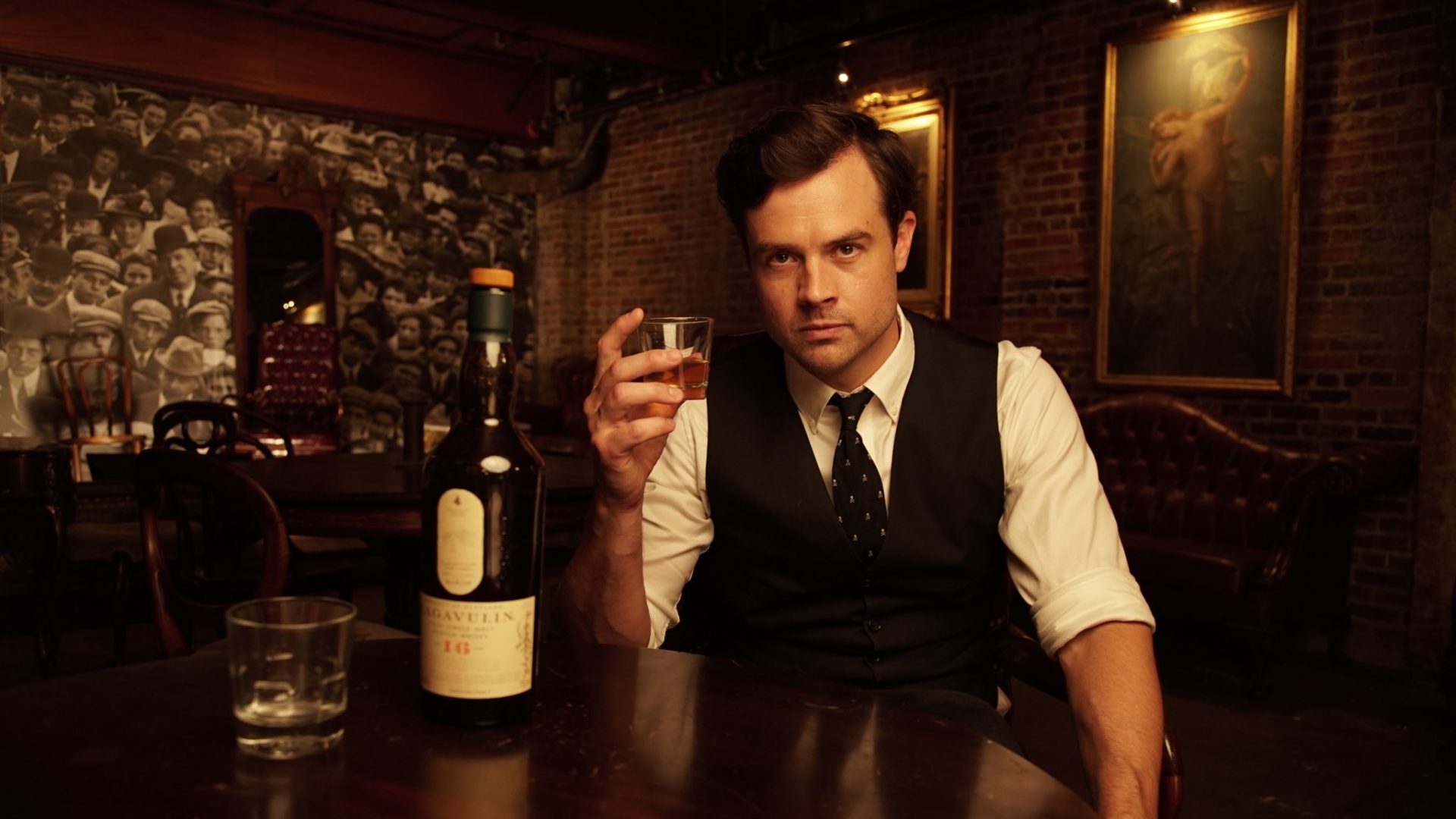 Writer and actor Mark Jude Sullivan (virtually) welcomes us in from the dreich Edinburgh smirr. Through the potential coldness of a screen he perfectly sets the scene of a cosy, atmospheric bar, not just because he is standing behind the counter of one, but through his rich description and inviting, calm demeanour.

Beginning with a rusty nail cocktail recipe, the relationship between actor and audience is established. He is knowledgeable, hospitable, and trustworthy. It’s a skilful technique to settle us. Early on, Sullivan asks us to offer up something we want to commemorate from the past year in the Zoom chat. It cleverly creates a space that makes the audience feel comfortable enough to share very honest suggestions. This mood of openness settles us in, creating a feeling of intimacy to better absorb the subsequent tale.

From here on in, Sullivan is a masterful storyteller. His character recalls a memory of an early experience in his acting career, working in an old theatre on a production of Measure for Measure. It’s a story of personal loss, the power of theatre, and, as the show’s ambiguous title implies, ghosts. Tales of spirits in haunted theatres is a well-worn trope but Sullivan taps into it without cliché or predictability. Instead, he uses the ghost story to explore grief and artistic purpose.

Sullivan paces the hour expertly, occasionally shifting position in the bar, and carrying us through his rich story with gravitas and sensitivity. The site-specific nature of the performance helps, but it’s the actor’s magnetism that truly makes Dark Spirits, Black Humor so effective. The haunting hour is captivating, thought-provoking and moving. There’s no dead time here at all.