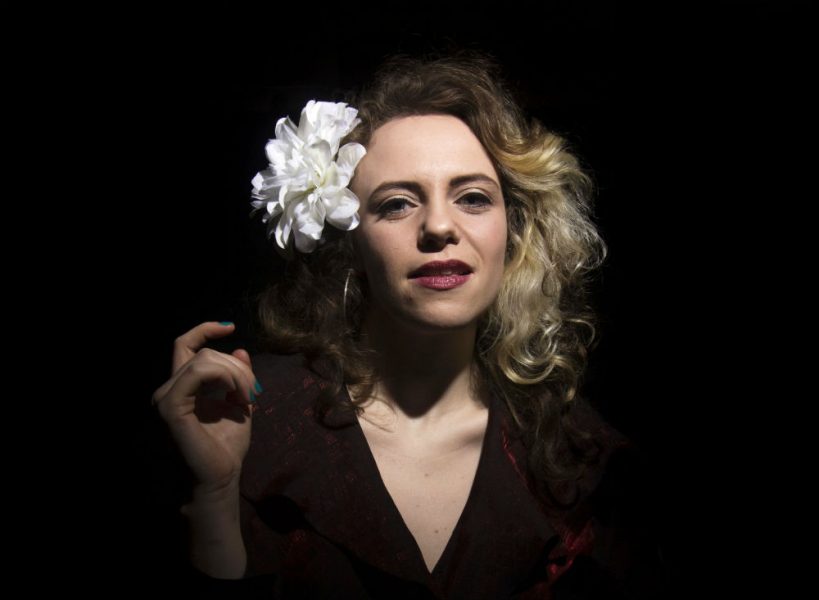 Cabaret singer finds her darker side in a sleazy, bluesy fantasy tale

In last year’s show, Big Night In, the two sides of cabaret singer Cat Loud’s personality fought it out – the glitzy diva in the ballgown gave us big showstoppers, the shy homebody gave us more tender tunes. This year, there’s no doubt that the femme fatale side has won out, as she takes us on a sleazy, seedy trip through gin dens and dive bars to hear some dark, soulful music and meet some very wayward characters.

The story Cat Loud narrates as part of her show is a fantastical one. She takes a wrong turn when walking home through the park one day and finds herself, Alice In Wonderland style, in a mysterious dream nightclub, where she meets a ravishingly gorgeous Tilda Swinton/Prince hybrid who introduces her to intoxicating new liquor and heady new experiences.

At each step of the journey we get a dusky ditty, mostly blues/jazz-oriented but with modern pop numbers thrown in, that moves the story along. She tells us how little she cares for propriety with Ain’t Nobody’s Business If I Do, and teases us with sexual misadventure using Cream by Prince.

Accompaniment is provided by a trio of boys from The Blueswater, whose faultless playing offers an ideal brooding backdrop. Nothing’s played straight, it’s all given a tight, sparse arrangement with a Bad Seeds vibe. This suits the bluesier numbers; the band set-up perhaps doesn’t lend itself as well to pop numbers as did the keyboards of Finn Anderson last year. It sometimes feels like Loud is still figuring out how to adapt her bluesy intonation into this particular pop setting.

For the most part though, it all flows very satisfyingly. Particularly atmospheric is the closing Sea Line Woman, whose skittering rhythms feel like they’re just getting going when the metaphorical curtain comes down. In fact, it all feels over a little too quickly. Usually that’s a good sign with a show, but this one you want to be savouring a bit longer with a bottle of Jack for company.