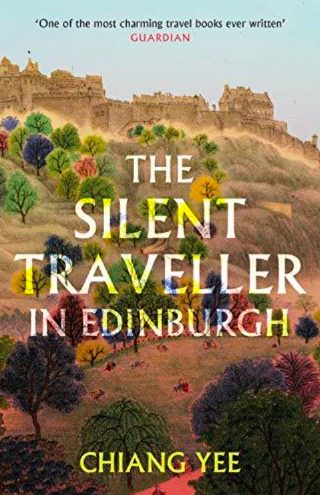 Charming but dated travel book about our capital city.

Edinburgh has changed. Who can doubt it? As recently as the last five years the tourist hordes have threatened to engulf this enigmatic city. It’s not so long ago that Scotland’s capital city was a byword for quiet respectability and genteel impoverishment. It was once described as the city that invented the pursed lip and the “largest village in Europe”.

The uniqueness of the cityscape, the wealth, the topography (a city close to both hilly countryside and sea), the closes and vennels, the grand architectural monuments and the Georgian squares can still be glimpsed away from the tourist tread and brash city remodelling even now.

Yee’s Silent Traveller captures the city of 70 years ago when it was a well-set backwater famed more for its university and quiet orderliness. Yee was exiled from China in the early 1930s and became well known for his travel books, writing under the sobriquet ‘the Silent Traveller’. He wrote several haunting books of which the Edinburgh volume is perhaps his most enchanting. His perambulations around the city streets and landmarks are hugely evocative and enlivened by personal reminiscences of China and well-turned anecdotes. Confucius and the author’s memories of China are also brought into the equation. There are many similarities between, it seems, China and Scotland, notably a certain cautiousness in outlook.

The book rather fails to capture the essential drama of the city – the theatricality that gives it its special character. This is a hilly city with street-long vistas down to the Firth of Forth. It’s also a schizophrenic city where the  class divide has long played an important role. Think of Miss Brodie’s Morningside versus the Leith of Trainspotting. This split existed back when Yee was perambulating as surely as it does today.

It’s impossible when reading the book not to reflect on the changes that have occurred in Edinburgh since it was written – and especially in the last 20 years. Yee’s fine line drawings and charming watercolours depict a city far removed from the tourist map of today.