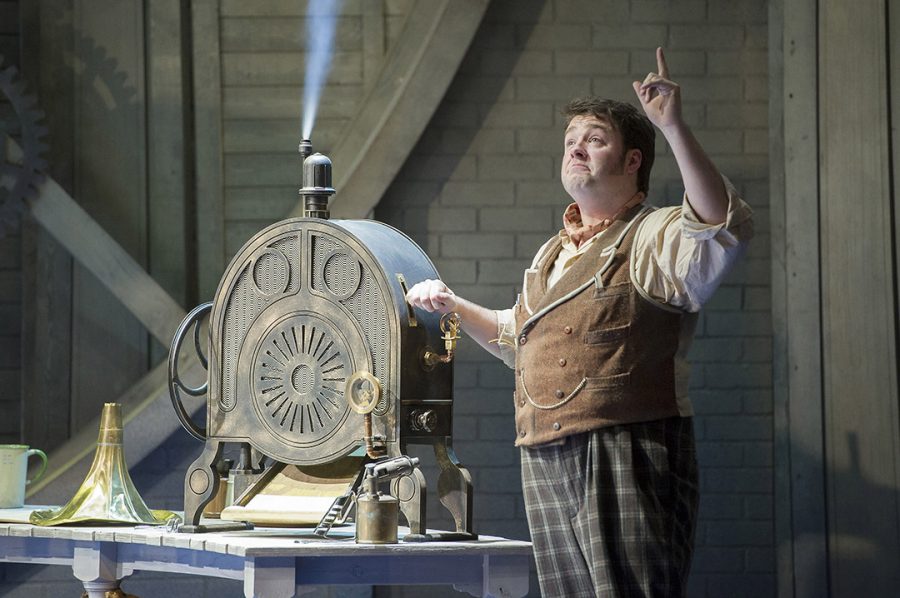 A rejuvenated classic with a few kinks under the bonnet

You’re already humming the song, aren’t you? If not, you’re lying. Chitty Chitty Bang Bang is a cornerstone of the genre which has been given a teched up and revitalised feel. Headlined by presenter and comedian Jason Manford, Chitty delivers each and every melodic memory the audience may have.

In a narrative which a number of families are familiar with, the Potts family live their days as a tight-knit bunch. Following the passing of his wife, Caractacus Potts (Manford) dedicates time to his children, father and inventions. The titular vehicle becomes an addendum to his latest tinkerings. Its ability to float, fly and have exceptional manners make it the target of Baron Bomburst.

Manford’s prowess as a leading performer is cemented in musical segments, Hushabye Mountain being a particular highlight. All numbers are carried out with capable choreography and vocals, though, one has to question the use of the Bombie Samba. In a production known for a momentous score, why continue to use an out of place filler number which distracts from the plot entirely?

Besides the vehicle and songs, another aspect of this musical is infamous – The Childcatcher. Sweet Lord of Heaven, what a creation of virulent slime! With such little stage time, it’s a testament to both performer Jos Vantyler and designer Simon Higlett how memorable the character is.

Comedy is abundant, but not from what should have been the powerhouse source. With regret, Baron Bomburst, childish ruler of Vulgaria is simply the usually vastly talented Phill Jupitus playing Phill Jupitus. Whilst delivering a few lines with an original zip of humour, most of Jupitus’ deliveries feel repetitive and similar to his panel show performances. Instead, Sam Harrison and Scott Page as “zee spies” lift the production with a double act which destroys the audience’s sides. Their timing, reactions and the written gags themselves are perfect.

In parallel to Chitty’s remodelling, the production is kitted out in style. A vast projection encompasses the stage, providing an ever-evolving road for the car, sublime smoke vessels and geographical locations. This is an undoubtedly tech-heavy build; a variety of elaborate but seamless set pieces transform, but hide all they need to. The entire creative team deserve enormous appreciation for their abundant imagination and craftsmanship.

Like Chitty herself, this production is a rejuvenated classic. Save a couple of issues, it soars tremendously.