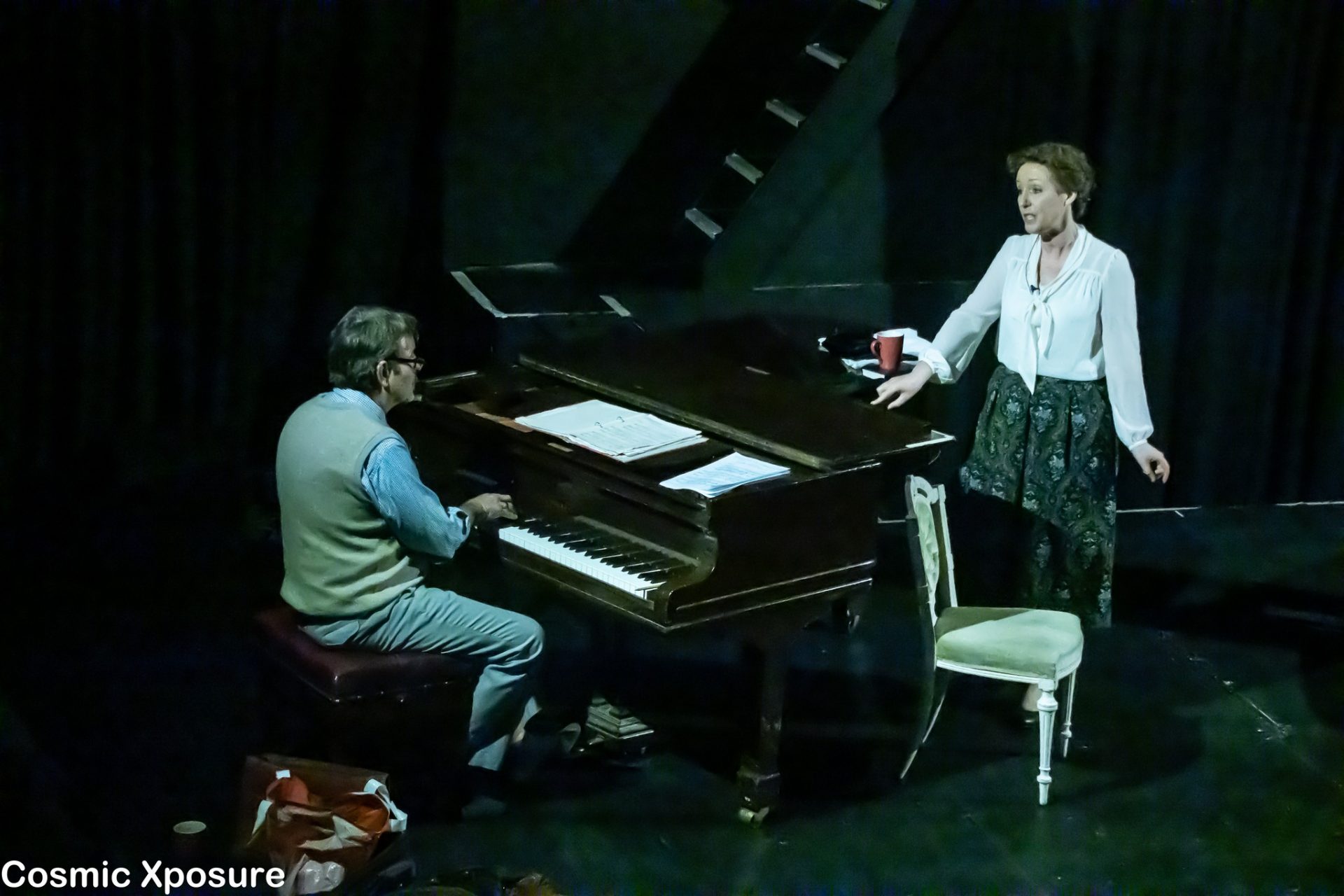 A portrayal of a pioneering comedian only partly well served

Kick in the Head Theatre Productions have been, commendably in the pandemic circumstances, touring Choice Grenfell since 2019 – the 40th anniversary of Joyce Grenfell’s death.  Working with simple staging, Suzanna Walters and Andrew D. Brewis vividly bring life to both Joyce and her musical director William Blezard. Although the production revolves around the songs and monologues of the English comedienne, additional material by Simon Downing strives to convey more.

Perhaps this is where an otherwise affecting show is on shaky ground. In a show purporting to be ‘a celebration,’ audiences will have little appetite for imagined conversations and biographical sketches masquerading as banter. So we are disappointed when the first act has the two merely chatting and reminiscing to little effect before a supposed performance. Perhaps conscious of the antique nature of the Grenfell and Blezard’s heyday, Downing has worked almost too hard and his dialogue feels stilted and mundane, with the performers relying too much on clichéd English upper-middle-class dithery charm. Although the act intersperses chat and stage ‘business’ with songs and monologues, it feels underwhelming. Vague reflections and anecdotes are strung together like disparate post-it notes.

Act Two is more successful. Marvellously deft and perceptive, Walters displays a tenderness and respect for Grenfell’s broad array of characters. This shines through in renditions of her most famous monologues, like First Flight, and allows her to deliver Grenfell’s gentle humour and pathos with skill.

Choice Grenfell, if dated and plodding at times, is good entertainment that is performed well by a talented duo. Brewis’ easy and skilled accompaniments steer us through pleasant musical numbers – where Walters is less comfortable. So, while the monologues are the highlights, there is still joy in the musical items such as the gentle satire of Noel Coward’s That is the End of the News and Grenfell’s own Stately as a Galleon.

Ultimately, we should be grateful to Kick in the Head’s team, whose work has survived the pandemic, albeit in a stop-start manner to deliver a night to be reminded, once again, of Joyce Grenfell’s charm.