A triumphant homecoming victory lap for the synth-pop trio who continue to do Glasgow proud.

‘We are a band called Chvrches and we haven’t played Glasgow for a long time,’ Lauren Mayberry says, standing triumphantly on top of a small podium on the stage. The last time the synth-pop trio played a gig in their hometown was November 2014; you only have to look around you to see that a lot has happened since then.

Following the release of their second album Every Open Eye in September last year, the band have become as popular around the world as they are here. However, as frontwoman Mayberry notes, this has been no quick rise to stardom. She and her two cohorts, Iain Cook and Martin Doherty, have spent a lot of time gigging around Glasgow over the years with various other leftfield acts before finding that synth-pop recipe to success with Chvrches. Graduating to the city’s biggest arena therefore feels like a significant moment for the trio and there is a real sense of occasion in the air.

As the lights go down, Cook and Doherty emerge and take their places behind an armoury of synthesisers on either side of the stage, before Lauren Mayberry sprints out and launches into Never Ending Circles. Crowd favourite We Sink follows, causing the arena to erupt with appreciation.

One thing is for sure, Chvrches’ music is made to be played in huge arenas like this, particularly the latest album which is so full of bold, catchy choruses and big synth hooks. When performed live, they carry a cathartic weight that is even heavier than usual; the sound is unbelievably huge, filling the room with ease on songs such as Playing Dead, Gun and Bury It. Of course, it helps that the euphoric crowd are word-perfect on every song, treating the setlist like a celebration of their greatest hits.

The pulsating electro-pop tunes are accompanied by a brilliant LED show as Mayberry sprints and whirls around the stage, making the most of all of the new space around her. Looking very much at ease, there is a new confidence about the trio which is very much deserved. ‘Raise your hand if you’re related to Martin!’ the frontwoman jokes, giving a shout out to all those extended family members in the audience. It’s an arena show which, at the same time, has the intimate feel of a night out with your mates. Most noticeably, Mayberry has transformed into a dynamo performer and it’s exciting to watch. Her vocals are bigger than ever, sounding incredibly pure on tracks such as the melancholic Tether and Empty Threat, a retro piece of power pop.

They possess the ability to change the tempo from big upbeat moments like this to darker, more atmospheric songs like the 80s influenced Science/Visions with its chanting backing vocals and moody pulsing beats. Meanwhile, the always energetic Doherty takes his moment to shine on lead vocals, throwing himself around the stage on Under the Tide while providing a real highlight of the night.

It is the ecstatic closing run of Recover, Leave a Trace and Clearest Blue which has everyone in the balconies off their seats though, before a glorious version of The Mother We Share ends the gig; a triumphant homecoming victory lap for band who continue to do Glasgow proud. 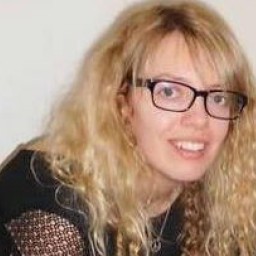 Brim full of ideas and experimentation, a strong and meaningful union of classical and rock

Scott Murphy explains why, despite everything, Durst and co’s millennium million-seller will always have a place in his heart

One thought on “Chvrches”