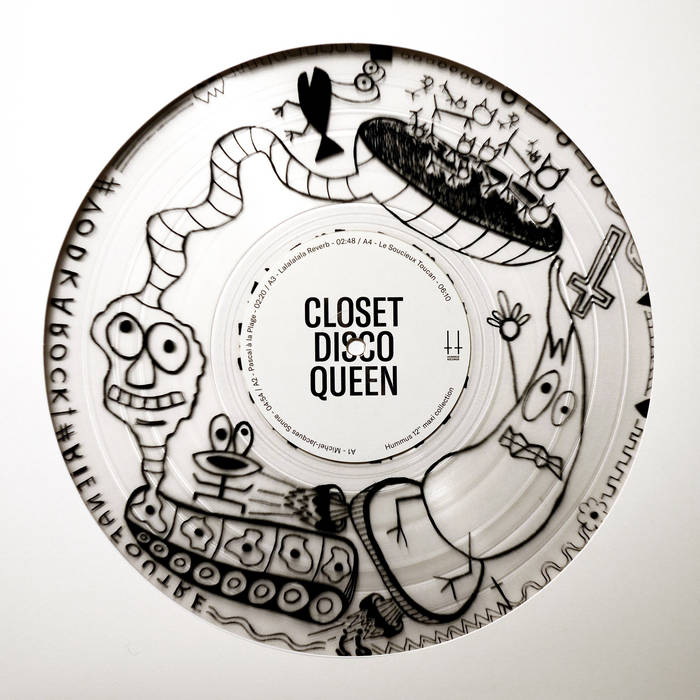 Excellent EP from Swiss duo blows the dust from 2021

Luc Hess and Jona Nido, who formed Closet Disco Queen “as a joke” in 2014, have musical sophistication on their side. The sound is so robust and immense here, thanks to massive studio overdubs, as they were bored of being a duo, and have often played live with extra members (aka The Flying Raclettes) notably during the pile-driving album Omelette du Fromage. They seem hard to pin down, endlessly changing, and so it is with Stadium Rock…

Opener Michel-Jacques Sonne (geddit?!) has impressive 80s-inspired fretwork, but often shifts in tempo, so it never strays into parody. Not for them, the perma-gurning of more earnest rock acts.

Even more interesting is Pascal a la Plage, peppered with choppy, playful percussion and layers. It points to a more improvisational and immediate approach, which has that one-take live energy. That’s always nicer to hear than something polished and buffed to the point of losing a little soul.

Lalalalala Reverb takes it all down a notch, a more low-key minimalist mood for contemplative moments of introspection.

All in all, Stadium Rock… may not convert the pop masses, but what do they know anyway? They don’t deserve such virtuosity.