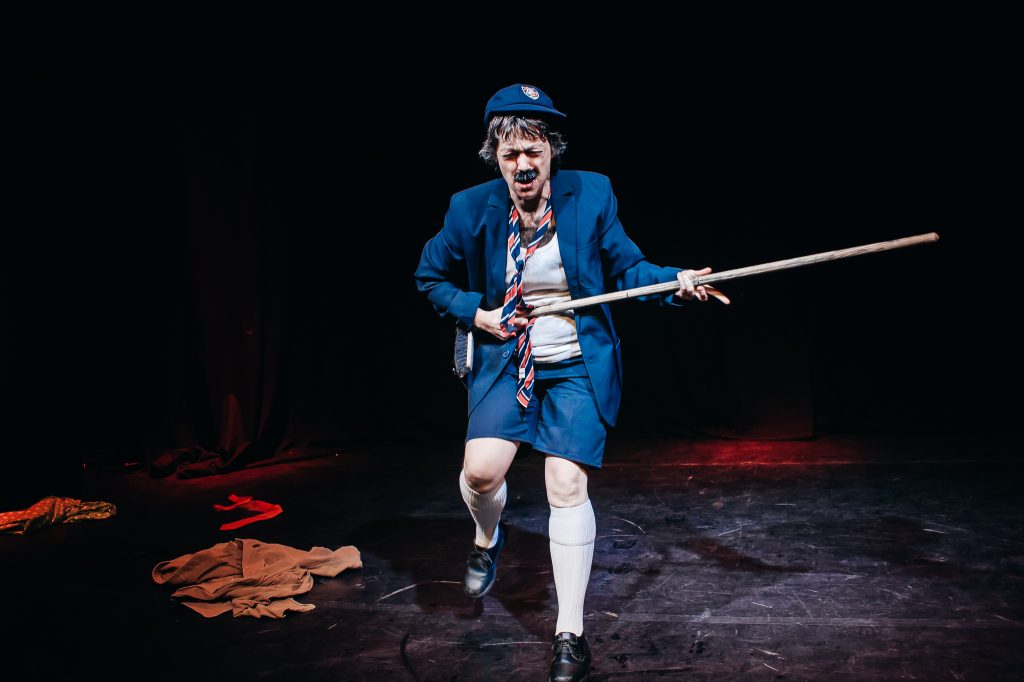 An enjoyable night of clownery as Manipulate Festival signs off for this year.

The Manipulate Festival has given us a week of weird and wonderful alternatives to the standard evening out. From considering the consequences of goats to screening Soviet era animations, the festival has given us a plethora of peculiarities to enjoy. And with this in mind, what better way to end the week than with a sell out Saturday night clown cabaret?

“Beethoven is coming,” the programme tells us. And sure enough a Ludwig lookalike soon steps onto the stage in a cloud of powdered hair and sparkly leggings: this is the first clown of the night. The act proceeds with simple repeated physical gestures that build up slowly into unstoppable laughs. It is hard to describe how someone can conjure comedy from waving their hands around, but Andrew Simpson somehow pulls it off.

Next comes Ho! Horatio with Melanie Jordan as the ultimate stern librarian with an ultimate fantasy about none other than Vice Admiral Horatio Nelson. This is the real cracker of the night. With hilarious facial expressions and a well timed “shh”, Jordan takes the audience on a journey from a dowdy library to the high seas on the HMS Victory.

If you never thought that an act called The Complex Number System could ever be remotely entertaining, Ronan McMahon could possibly change your mind. Dressed in clean-cut shirt and tie, it seems more likely that he’s going to sell us car insurance than perform in a clown cabaret. But after a sequence of seamlessly scheduled accidents that culminate in the universally funny trouser rip, his clownery seems all the more amusing for contradicting his appearance.

Following this maths lesson we meet Gregor J. Everest. Ruxandra Cantir’s act is the first clown of the evening to use words and to look terrifyingly like a traditional clown with the make-up, nose and hair all done to the extreme. Through gales and snow the would-be Everest mountaineer is waylaid by the loss of his hat. Cue interrogations of the audience, a variety of smooth pick up lines and the romantic exchange of a Double Decker.

Last but not least, we have Stanley, the lovable janitor who sweeps up after every performance before he finally gets the stage to himself and transforms into a rock god in a brilliant AC/DC infused finale.

It’s the interactions with the audience that make this evening so successful; people seem to laugh just as much at the laughter of others as they do at the clowns. This makes the atmosphere even more enjoyable and gives a fittingly unusual end to the Manipulate Festival.