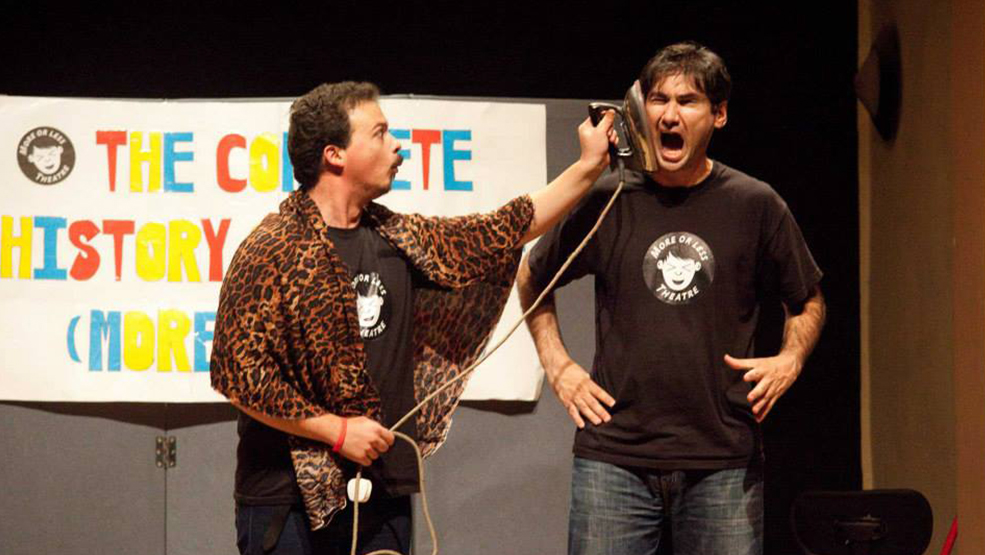 The Complete History of Europe (More or Less)

Well-written and amusing, but basic in staging and performance.

Combining learning with entertainment is always appealing. In The Complete History of Europe (More or Less), children are occupied, amused and hopefully come away with some nuggets of knowledge about the continent on which we reside. It’s a great idea, as history contains so many colourful, compelling stories that are ripe for theatrical storytelling.

More or Less Theatre bring gusto and energy to their presentation and work hard at their visual gags and physical comedy. It’s well calibrated to children of primary school age, with plenty of laughs to be had (although some attempts to throw in some more mature adult-specific jokes fall a little flat). It’s a pretty basic offering in terms of the staging and performance, resembling the kind of touring theatre-in-education piece devised by students. There are laminated print outs velcroed onto a plastic map, bad accents, excessive shouting and an obvious lack of good voice training. And when you consider that this has to compete against the much more sophisticated and increasingly ubiquitous kind of children’s theatre which uses multi-media, clever design, high quality acting and elegant puppetry, this doesn’t make it a stand-out offer in an artistically rich Fringe Festival.

However, this is well written, amusing and educational, providing a clear and concise potted history –  so is of value. There are also some lovely moments of audience interaction – most notably a section where a battle is depicted through a game of beach ball volleyball among the audience, led by two young volunteers who are the “generals” of each side. It’s a great immersive tool that brings us together, makes us invested and brings a sense of interactive playfulness. The two performers are great with the kids and really rally a sense of fun throughout (no doubt they go down a storm when performing this in schools).

Ending with a song about the EU is poignant and appropriate. In the current political climate, there’s a lot to be said for educating future generations in their European heritage and although this show may be lacking in terms of craft, it is rich in enthusiasm and warmth.