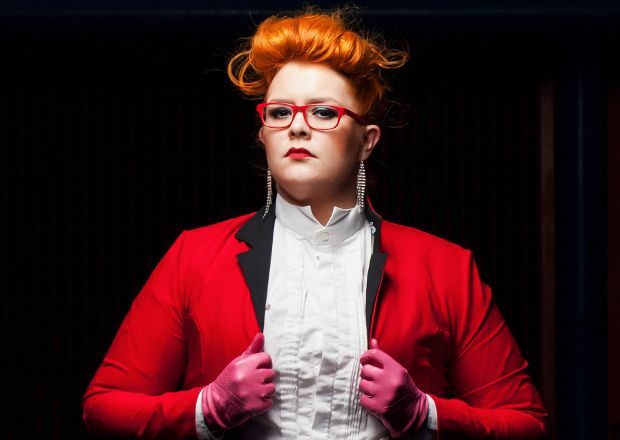 One of last year’s nominees for best newcomer to the Fringe, Jayde Adams knows this territory well. Anyone familiar with any of Adams’ previous shows, particularly last year’s, knows the personal nature of her routine. This year Adams seeks to step away from topics discussed previously, seemingly to mark a change in her style of comedy, more so than her back story, which is commendable. What we end up with is a warm blend of prop comedy and Adams’ now signature musical numbers.

Are you also seeking a new BFF? Then Adams has you covered. In a dazzling display of audience interaction Adams invites an unwitting new best friend onto the stage. The structure of Jayded is divided into three sections, each following the same themes (loss of) friendship and isolation. Separating each section with a different movie, opening with Adams on a famous park bench with a box of chocolates.

Actual punchlines and set-ups, whilst sometimes hitting the mark, are not Adams’ real talent. Her personality, voice play and facial expressions garner more laughs than the actual jokes. Her handling of personal stories in a touching manner, raw and honest in the loneliness of growing up and feeling replaced, is tremendous. Needless to say, this means the audience members who can sympathise with Adams will find Jayded a great deal funnier. The finale is truly poignant but gelled with enough humour to keep pathos at bay. If you haven’t discovered Adams yet, it would be highly recommended to catch her now and make a new friend.