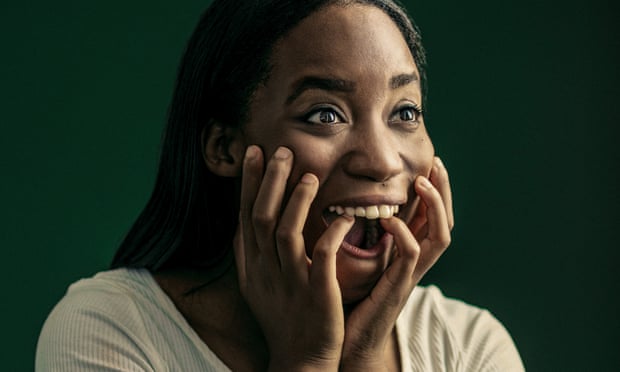 Leaving unanswered questions in a play can be an intriguing experience and well suited to a piece about conspiracy theories. But Conspiracy leaves us permanently perplexed on foundational matters. Who are the three people we meet behind a desk, recording their findings and theories? Why are they investigating a photo of workers atop a girder during the building of the Rockefeller centre? And why are they using a 1980s tape recorder when they seem, from some of their discussions, to be living in the present time?

The questions don’t end there either. But, as the characters say themselves, let’s start with what we do know.

The theorists are played by Rose Wardlaw, Azan Ahmed and Shannon Hayes and it’s their performances (chiefly the women) that save the day. It’s unsurprising that Wardlaw and Hayes are so good. Both have pedigree acting training – and it shows. Their characterisations are funny, naturalistic and nuanced and distract us from the nonsensical script.

As the play progresses the characters and relationships (whatever they are, we can’t tell), unravel. Rose appears to have a breakdown – standing on a table and becoming all shouty. Shannon is violently threatened by Ahmed, who is himself also going slightly mad with the intensity of the theorising. Yet these events don’t elicit an appropriate response, given their severity. There is little the actors can do to remedy this, as the script offers no opportunity to do so in terms of dialogue or direction (ie. call the police, leave, challenge said behaviour). It’s all unrealistic, yet not abstract enough to work as a surrealist piece.

Conspiracy is presented by acclaimed theatre company Barrel Organ and has received Lottery and Arts Council Funding, so it needs to prove its worth. It’s an intriguing concept with some funny lines and interesting ideas, but as a whole, it just doesn’t quite work. In terms of writing and devising this is a disappointing offer from a usually excellent theatre company. Fortunately, it’s rescued from the realms of tedium by some high-quality acting.