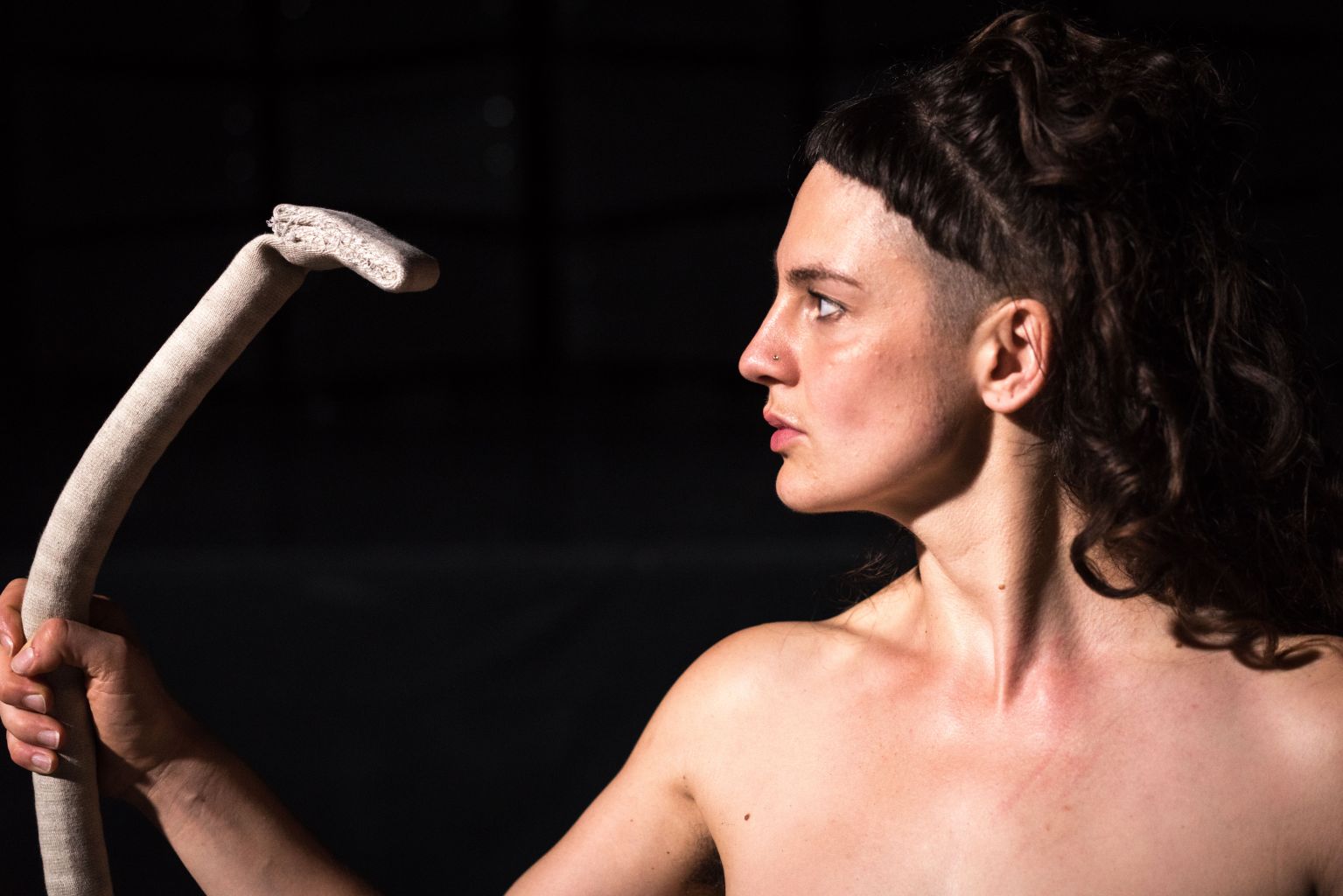 Laura Murphy abruptly enters the stage completely naked and boldly stands in front of a microphone. Here she begins to eat an apple and then delivers a heartfelt monologue about her body. From the get-go she is vulnerable and exposed and looks to challenge the audience with her physicality and words. This challenge continues throughout Contra, where we witness comedy, spoken word, physical theatre and circus performance.

A rope hangs front the ceiling within the Demonstration room at Summerhall. However, the rope itself is not used until Murphy has expressed herself verbally. As a comedian and spoken word performer she initially appears restricted and at times dry. Her words are delivered in a restrained monologue and this makes the text feel even more cutting and direct. When she talks about sexual assault the audience intently listens to the deepness and precision of the words. We hang on her every statement and understand the injustice, torment and downright disappointment that Murphy expresses. Eventually she goes to the rope and we see her skills as a circus performer, but also her ability to use her body as a means to express the topics of the show. She scales the rope and contorts her body in ways that seem impossible. It is gripping to witness and the audience is enthralled and absorbed. This is definitely both a visual and verbal experience with physical theatre pushing the performance to new heights in an engaging and engrossing way.

Contra is a compelling physical performance. Laura Murphy’s ability as a circus performer is mesmerising to watch, but it is the boldness and honesty in her words that make Contra feels like a vital show. It is a truly exposing and physical approach to presenting themes of the female body and sexuality.