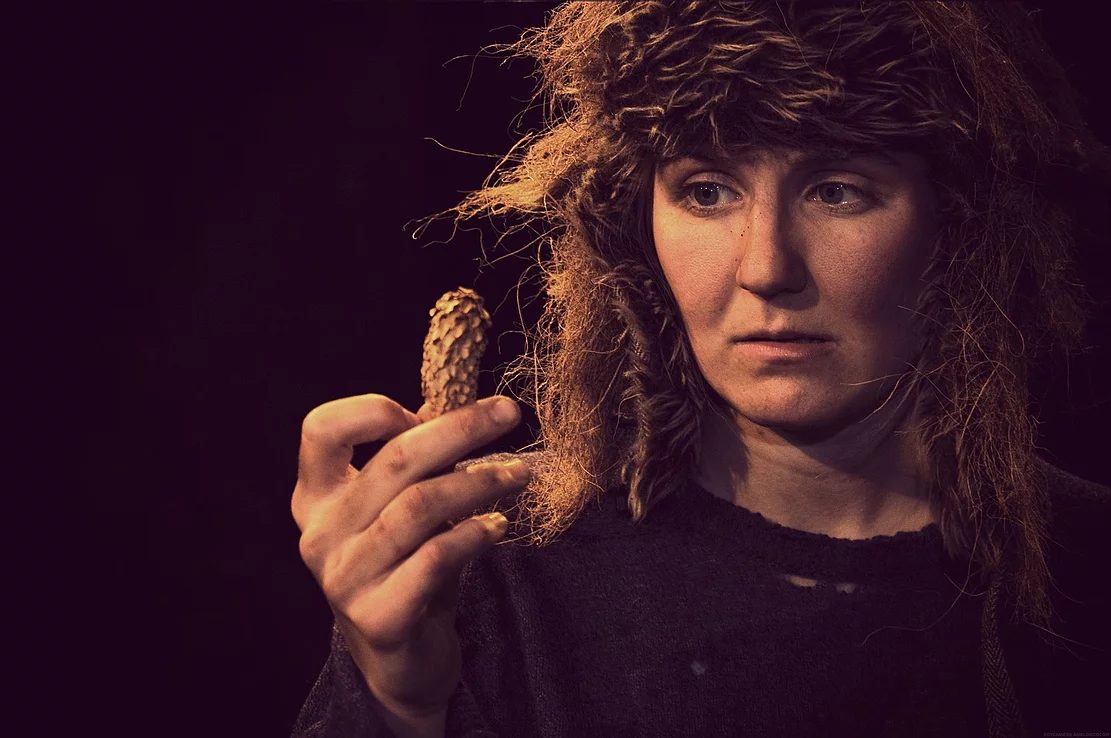 This year marks 10 years since the premiere of Sita Pieraccini’s Bird, and for the fully digital MANIPULATE Festival she and David Pollock have followed it up with its spiritual successor. Crunch is a dark, compulsive dive into undergrowth, a story of isolation and possession told – in a mere seven minutes – with colour and mystery, though not much clarity.

Crunch makes full use of its online format with the blackened background and visual trickery taking leaps that simply would not be possible on a physical stage. The text that unfurls across the screen, almost painfully white against the all-black backdrop, adds to a general air of disorientation and wonder. The main character, alone with only pine cones for company (and they make for good company, apparently), increasingly contorts her body as the performance goes on. It is almost as if nature is more than just a part of her, but is beginning the process of possessing her very being. Given the pine cone’s symbolic significance as an emblem of enlightenment and peace, an association that has existed for centuries, you begin to appreciate the substantial journey that the character is able to make in such a short space of time.

It is not immediately clear, however, if this is a story about embracing your own company and relationship with the fundamentals of nature. On the other hand, it could be a warning about being overcome by the non-human world, when human contact is all but cut off. There is an ambiguity that lends itself to Crunch’s only real let down – an overdose of confusion. The air of intrigue and the sounds are not decisive enough to swing the tone either way. It does little to detract from the experience, but nonetheless you can’t help but feel it would be improved if the purpose or significance was clearer.

Crunch could do with some extra leg room to fully tease out its story, but for a play kept to a breezy seven minutes, it is a quiet triumph. This is an aesthetically pleasing and riveting solo performance that continues on with Pieraccini’s impressive body of work.