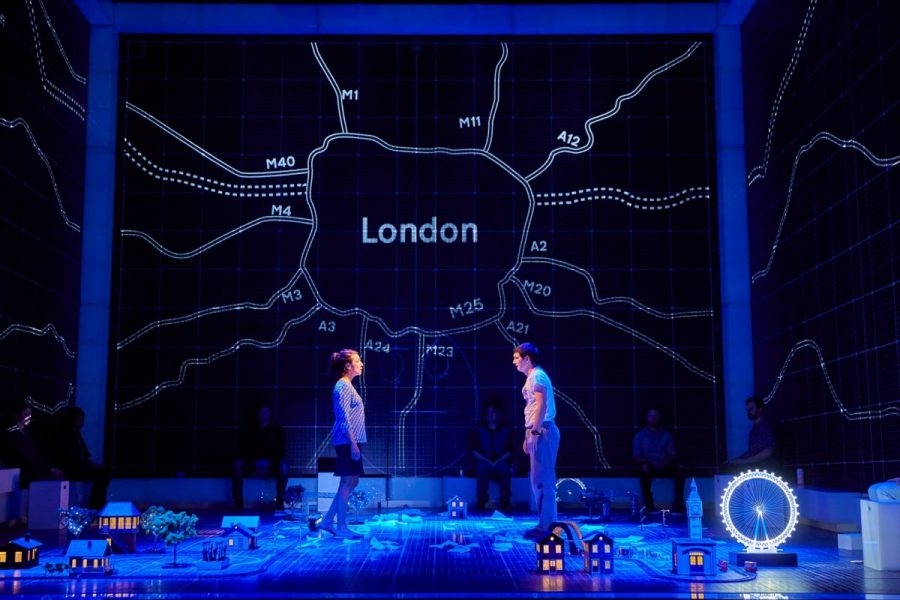 The Curious Incident of the Dog in the Night-time

It hardly needs any more plaudits. A record number of Olivier Awards, a stack of Tonys, it only remains to be seen how far this National Theatre production, based on the similarly lauded book by Mark Haddon, can go. Like Phantom it’s now identifiable by first word only, and its imagery (and accompanying merchandise) look likely to become similarly embedded in our cultural consciousness. Those who missed it when it first came to Scotland in 2015 will be very pleased to get a second chance.

Christopher Boone, a young lad with Asperger Syndrome, makes a wonderful protagonist. He’s at once deeply troubled by everyday interactions, which to most of us pass as nothing – the simple touch of a family member, using toilets that others have used – and yet blessed with a guileless, literal approach to life from which we can all learn. As he investigates the mysterious death of his neighbour’s dog, he unwittingly finds what young people have always found – simply asking “why?” of adults can put them in a very difficult spot, especially parents who might have something to hide. Scott Reid (otherwise known as Methadone Mick in Still Game) establishes a manner and physicality for Christopher which works superbly.

Of the supporting cast, Lucianne McEvoy stands out in her role as Christopher’s teacher, Siobhan. Particularly affecting is a scene in which she narrates a letter written to the boy by his mother (Emma Beattie), her own delivery contrasting with Beattie’s to reveal who it is that really understands him. Christopher’s father, Ed (David Michaels), gets his own moments of high emotion, though at times they lack the warmth that seems to be required, as if drawn from a different play.

More than most though, this is a show where pure performance is but a fraction of the whole. There’s a very strong aesthetic to Curious, which may be familiar even to those who haven’t yet seen it. The set is a cube, cris-crossed like graph paper and studded with LEDs. There seems no end of possibilities to it – there’s five tons of steel in it, and it needs four articulated lorries to transport it, so it needs to pay its way. It works as blackboard, computer screen, scenery, cupboard, train track. It gets peppered with Christopher’s inner-world of numbers and equations, and imagery from the outer world which so frightens him.

It’s married with precision use of sound and light and immense amounts of choreography to create a harmonious, free-flowing story. Not a second is wasted. Scenes snap into each other like the pieces of the train track Christopher is assembling on the floor. Action turns abruptly on each sound and lighting cue. And when everything comes together at once – such as the claustrophobic, white noise-y crowd scenes of Christopher in London, it captures his sheer terror in a way that trigger something deep in us. This is the production’s supreme achievement – for all the tech, none of it is for pure showiness, there’s absolutely no fat. Everything is trimmed perfectly to its purpose.

Rarely do you see a production so fully-formed, so shorn of rough edges. It may lack the intensity of drama some seek in their theatre, prizing visual impact and story flow, but it achieves everything it sets out to.