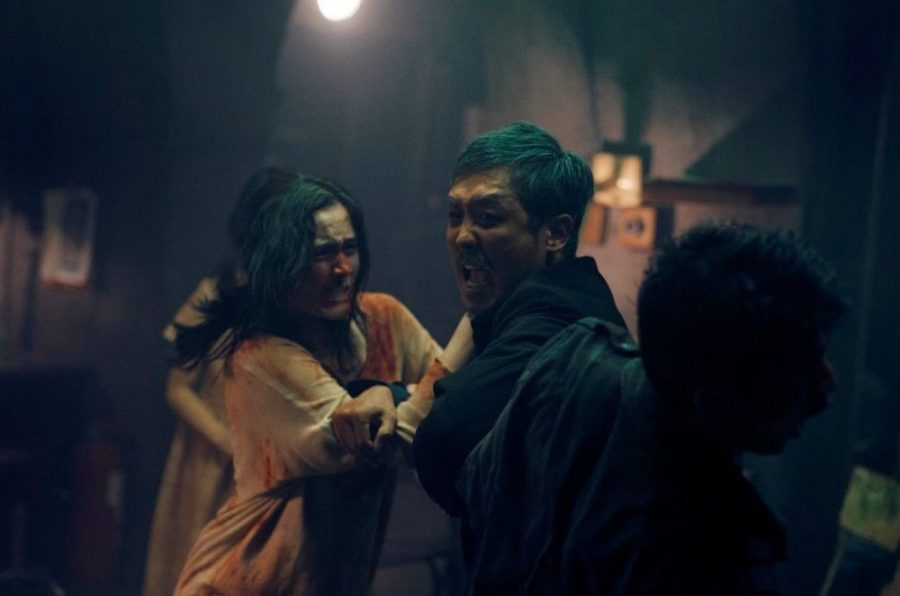 The latest film from the star of the visceral Indonesian action film The Raid, Iko Uwais, is a pulse-pounding two hours of graphic violence that also manages to provide the rising action star with sufficient opportunities to flex his acting muscles. Headshot begins with Uwais being found unconscious on an island shore. When he recovers from his coma, he is unable to remember his identity or what happened to him, so after being provided with the name ‘Ishmael’ by his doctor Ailin (Chelsea Islan), he goes out to find his true identity, with violent consequences.

Directors Stamboel and Tjahjanto, otherwise known as ‘the Mo Brothers’, and fight choreographer Uwais present visually-stunning, intricately-choreographed fight sequences filled with broken bones, copious amounts of blood spurting and a variety of makeshift weapons for Uwais to use as he powers his way through henchman after henchman. Despite the use of ‘shaky-cam’ visuals most commonly used by Hollywood action directors to suggest tension, the action choreography still manages to illustrate the fighting skills of Uwais and the supporting cast. One memorable fight in a police interrogation room features Uwais using a table to wreak havoc on his assailant’s body, whilst another sequence set on board a burning bus has him slamming his unlucky opponent’s head against the seats.

However, Uwais also proves that his screen presence isn’t just limited to his fighting ability, with his portrayal of ‘Ishmael’ demonstrating that he has a broad enough acting range required to convey the emotional confusion the character experiences upon realising his true identity. Sunny Pang also provides a physically and psychologically menacing performance as Lee, the crime lord whose empire-building techniques hold the key to ‘Ishmael”s background. His escape from prison, which opens the film, and his final battle against ‘Ishmael’ demonstrate Pang’s acting ability as well as his martial arts prowess.

Headshot is a first-rate follow-up to both Raid films, with Uwais continuing to show great promise as one of the rising action stars of East Asian cinema. This is a must-see film regardless of whether you are a fan of Uwais or not, either way, its fast-paced, heart-pounding action sequences will leave you breathless.