Richards offers a door into secret worlds while educating the reader to respect them.

Dan Richards states in the first chapter of Outpost: “it might be better for the Earth if we stopped exploring” which seems a strange way to begin a book about the far-flung corners of the world. He goes on to explain that the more we know about our world, the better we will understand it. Outpost aims to do just that, to understand our wilderness, the places which have existed long before humans came along, often the places we choose to settle in for our own advantage.

Richards journey to uncover these remote parts takes the reader to haunted huts in Iceland, forest look-outs in America, the surface of Mars in Utah, an inland lighthouse in France and, of course, bothies in Scotland. Often, he uses the words of authors before him: Jack Kerouac, Nan Shepherd, Philip Larkin, to inspire his footsteps and guide him. A visit to Roald Dahl’s writing shed offers a wonderful insight into Dahl as an author and his need for his own ‘outpost’ to work.

Richards prose is lyrical and rich. The reader is transported alongside him as he hitches a lift in Iceland or walks, wet through and in the pitch black, above the tree line in Desolation Peak, Washington. There is also a wonderful lightness of touch to the writing, a humour that makes the reader laugh along with his mistakes. Arriving in Rannoch with a hangover so bad he “regretted surviving the night”, he goes on to become utterly lost. The reader is as relived as he is when he finally finds the welcoming stone bothy.

Richards travels by the skin of his teeth; last minute plans arranged by friends of friends – it’s a lucky man who can be rescued by a palaeontologist from a service station in Utah and delivers him to the Mars Desert Research Centre after messaging them only a few hours before.

But there is a deeper message to this book. Richards is aware he is very privileged to have visited these incredible outposts, places few people know about, let alone set foot on. He recognises that human need to explore won’t vanish but he implores people to travel differently. “Travel slowly”, he advises, and “leave no trace.” For any adventurers or people looking for their own wilderness, this lesson is paramount. Outpost offers a door into these ‘secret worlds’ while educating the reader to respect them. 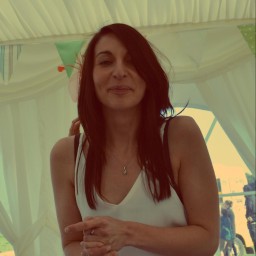