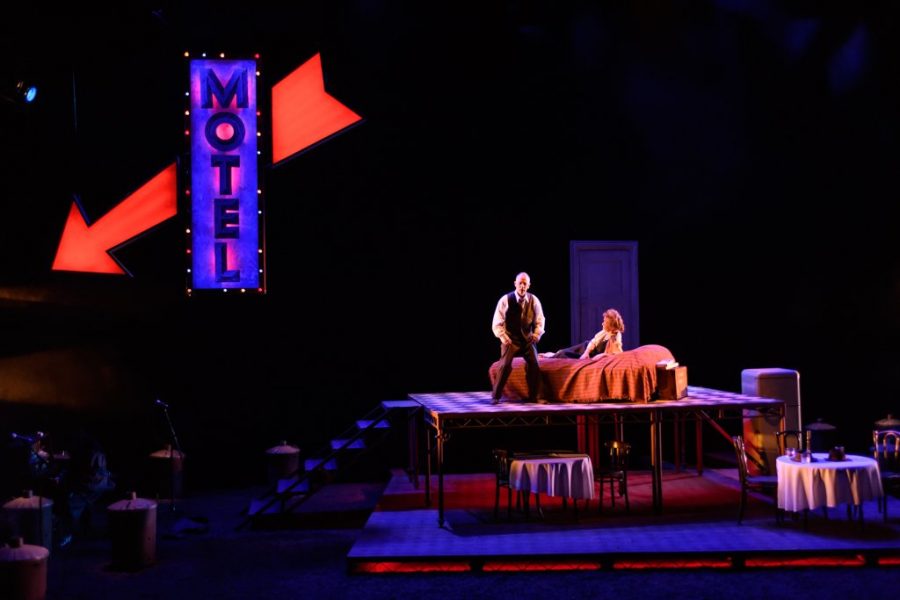 Death of a Salesman

Billy Mack is outstanding as the lead in Arthur Miller's classic

Rightfully hailed as one of the greatest plays of the 20th century, Arthur Miller’s devastating tale tells an account of one family’s struggle with the American Dream. It has been performed worldwide to much acclaim and big name Hollywood actors such as Dustin Hoffman, Philip Seymour Hoffman and John Malkovich have all tackled the drama at one point in their careers. It takes a brave company to revive a production that has been performed so many countless times to such high acclaim and to find something new to bring to the table.

Thankfully, the Dundee Rep Ensemble are more than capable of a challenge. The production boldly takes on some risks that play off perfectly, finding a stylised element to the series of flashbacks is handled with a graceful eerie quality. Director Joe Douglas effortlessly presents the troubled psyche of our main character, Willy Loman, with genius use of microphones and composer Nikola Kodjabashia’s jarring score performed live on stage. The play follows 63-year-old salesman Loman, as he struggles to come to terms with his failures. He is plagued with visions of the past that reverberate missed opportunities, mistakes and the weight of guilt that lies upon him about his relationship with his wife and two sons.

Billy Mack is truly outstanding in the main role. This is an unforgettable performance that will cause even the stoniest of hearts to shed a tear. Irene MacDougall (the Meryl Streep of Dundee) continues her astonishing career with the Rep with another effortlessly beautiful characterisation as Willy’s wife, Linda. Loman’s sons are played to perfection by Ewan Donald and Laurie Scott who give equally assured performances in supporting character roles. The cast is uniformly excellent and another mention must be given for the casting against type for Ann Louise Ross who plays Willy’s mistress, creepily cackling away within Loman’s mind.

With the current political climate in America at such a controversial point, there is no better time than for the Rep to present this profoundly moving and haunting representation of the chase for an unattainable ideal. The Rep starts its Stars & Stripes season with a bang and there’s lots to look forward to in the program ahead.