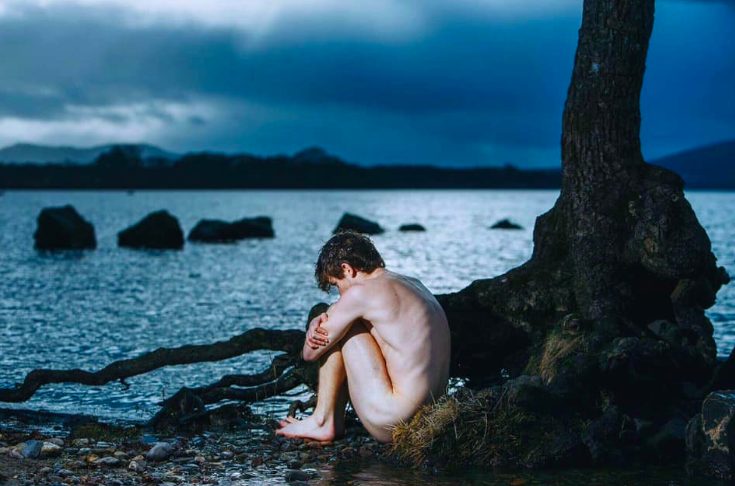 Everyone has different incarnations of themselves, different character traits that in Deficit are brought to life through physical theatre and dance. Each character is flawed, or has a flaw. There are thoughts of suicide, feelings of being out of control, inability to sleep and an exploration of relationships and the many phases they can go through.

The five performers charge around the stage showing power, strength and no fear as they throw themselves to the ground and throw themselves into their characters. It is not always clear what is going on, sometimes the full scene having to play out before the audience become fully aware of what the particular characters represent. Sometimes it needs the video clips to bring the story of what is happening to life but as the performance continues the video clips begin to connect to one another. Slowly, the meaning starts to become clearer.

The show description explains there are five characters: Selkie, Kelpie, Wulver, Beira and Poltergeist, but they are never given names and identities in the production which may have provided more clarity to the audience.

In the final scene Maddie Flint (director of the piece) takes centre stage to provide some of that sought-after clarity pulling everything together with the famous Marilyn Monroe line: “If you can’t handle me at my worst, you don’t deserve me at my best” although she prefers a different phrase: “If you don’t like me at my worst – then we have something in common.” It becomes clear at this point who these characters have been and it would be interesting to watch the show again with this knowledge because for large swathes of time, as impressive as the physicality and movement is, it is confusing.

It is a unique take on the theatre genre and so if they group stay together it will be interesting to see what Deficit Theatre produce next.